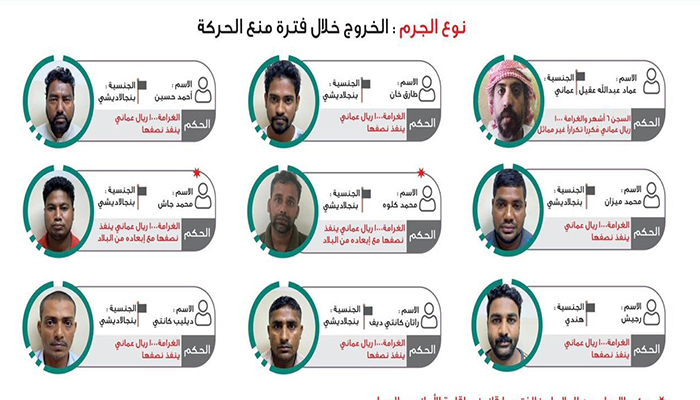 Muscat: The court of first instance in the Governorates of Al Buraimi and South Al Sharqiyah has announced criminal judgments against a number people who violated the Supreme Committee decisions. The court also published their names and photos.

In a statement issued online by the Government Communication Center, (GC), said: “The courts of first instance in Governorates of Al Buraimi and South Al Sharqiyah issued a number of criminal judgments against those who violated the decisions of the Supreme Committee. The sentences ranged between imprisonment and fines with deportation from the country for foreigners.”