Germany calls for EU sanctions against Belarus' Lukashenko and Russia 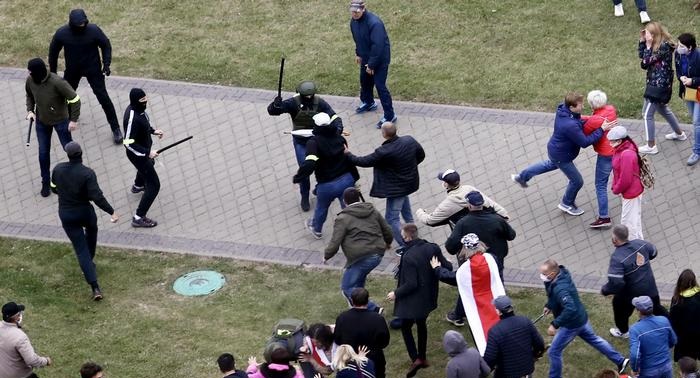 German Foreign Minister Heiko Maas on Monday called for Belarusian leader Alexander Lukashenko to be placed on the list of individuals under European Union sanctions for his violent crackdown on protesters following a disputed election.

"As before, there are arrests of peace-loving demonstrators. That's why we need to consider how things continue there," Maas said prior to his meeting with EU counterparts in Brussels.

"We have to acknowledge that since our last meeting nothing has improved. The Lukashenko regime continues to exercise violence, we still see arrests of peaceful demonstrators," Maas said.

"I proposed to pave the way for another sanctions package, and Lukashenko should be one of the people on this sanctions list," he added.

The EU imposed new sanctions on 40 officials in early October, but not yet on Lukashenko.


Germany is also considering possible sanctions on Russia for Moscow's involvement in the poisoning of opposition politician Alexei Navalny.

Both Germany and France believe that Navalny's poisoning could only have happened with the involvement of Russian authorities.

According to a joint press release by Maas and French counterpart Jean-Yves Le Drian, the two EU countries plan to impose sanctions against individuals responsible for the poisoning and one institution.

Maas and Le Drian said they are still uncertain whether they will come to an agreement on sanctions before the meeting on Monday.