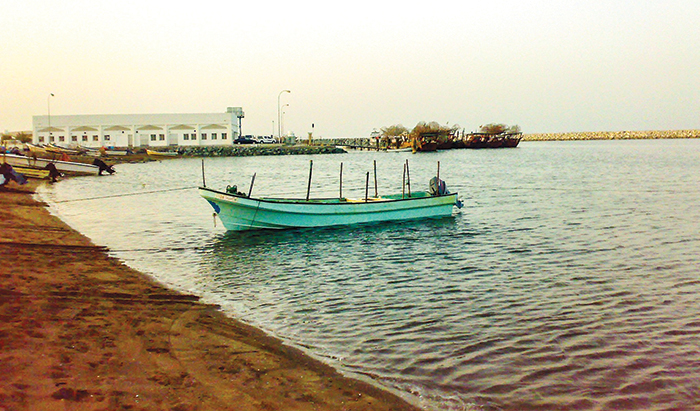 Where: Located approximately 260 kilometre  from Muscat, Shinas is a coastal town in the Batinah region. It takes close to three hours to reach there by road.

What’s Special: Shinas is known for many castles and forts, Shinas Fort being the popular one. Shinas Fort  is less than 700 metres southwest of the town’s modern ferry port. It is one of the northernmost fortified structures in Oman.

The four round corner towers of the fort overlook the ferries making their way to Musandam. Other attractions include Baloch Wall, Shinas Gate, Asrar, Al Sabri Wall and Al Mazari Wall. The Shinas sinkhole is approximately 130 metres wide and vegetation and algae grow in abundance here. There are many traditional buildings in Shinas and the ferry port is a significant transport point. This wilayat has several wadis; Wadi Ajeeb, Wadi Tumait and Wadi Faidh being the popular ones. There are also many mangrove trees growing along the  coast.

Livelihood:  Shinas is known for its fertile agricultural plains  and irrigation is done by the flowing aflajs. A wide variety of fruits and vegetables are produced here, especially tomatoes and Omani lime. Shinas is known for its seafaring history and currently trades in fish, livestock, vegetables and fruits. The port of Shinas has dhows that are still operated. Although agriculture and fishing are the predominant occupations, people are also involved in traditional crafts including palm work, carpentry and metalwork.