Alexander Lukashenko sworn in as president of Belarus 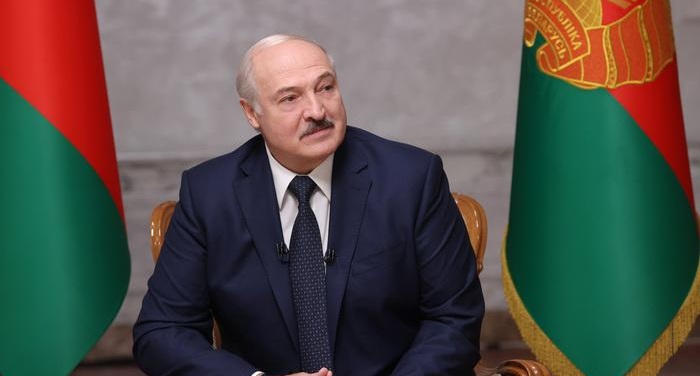 Belarusian President Alexander Lukashenko has been sworn in for a sixth term, the official news agency Belta reported Wednesday.

The inauguration took place in secret and with no prior announcement. Hundreds of top government officials were reportedly present for the ceremony held in the capital, Minsk.

During the ceremony, state media reported that Lukashenko placed his right hand on the constitution and swore to "serve the people of the Republic of Belarus, respect and protect rights and freedoms of people and citizens."

German government spokesman Steffen Seibert said Wednesday that the ceremony in Minsk has "no legitimacy" and that Germany does not recognize Lukashenko as the president of Belarus.


The ceremony would normally have been publicized in advance as a major state occasion. However, Lukashenko's disputed election victory on August 9 has unleashed weeks of mass protest across Belarus.

"This wasn't an act by someone who is confident of own support. We thought it was dress rehearsal," said DW correspondent Nick Conolly in Minsk.

"There were soldiers around and streets were closed but it took everyone by surprise. It was a modest affair, not like the huge spectacle it usually is. It is a sign of a president feeling the pressure," he added.

"It's a sign of weakness from the government which will motivate the protesters."

Pavel Latushko, an opposition politician, said the ceremony was like a secret meeting of "thieves."

"Where are the jubilant citizens? Where is the diplomatic corps?" Latushko posted on social media.

Belarusian authorities have responded to the demonstrations with violent crackdowns and mass arrests. Many top opposition figures have been exiled or detained.


Lukashenko has been in power for 26 years. The opposition says the recent election was rigged. Much of the international community also rejected Lukashenko's claim that he won the election with 80% of the vote.

Last month, the EU said the election was "neither free or fair."

Belarusian opposition leader, and Lukashenko's election opposnent Sviatlana Tsikhanouskaya, traveled to Brussels on Monday in a bid to convince the EU to follow through on sanctions the bloc threatened last month in response to the crackdown.

On Wednesday, German government spokesman Seibert said that Germany supported activating sanctions against Belarusian officials as soon as possible, adding Berlin regrets that the EU's foreign ministers have yet to agree.

A proposed list of some 40 Belarusian officials to be hit with travel bans and asset freezes has yet to be approved by all member states, with Cyprus being the last holdout.