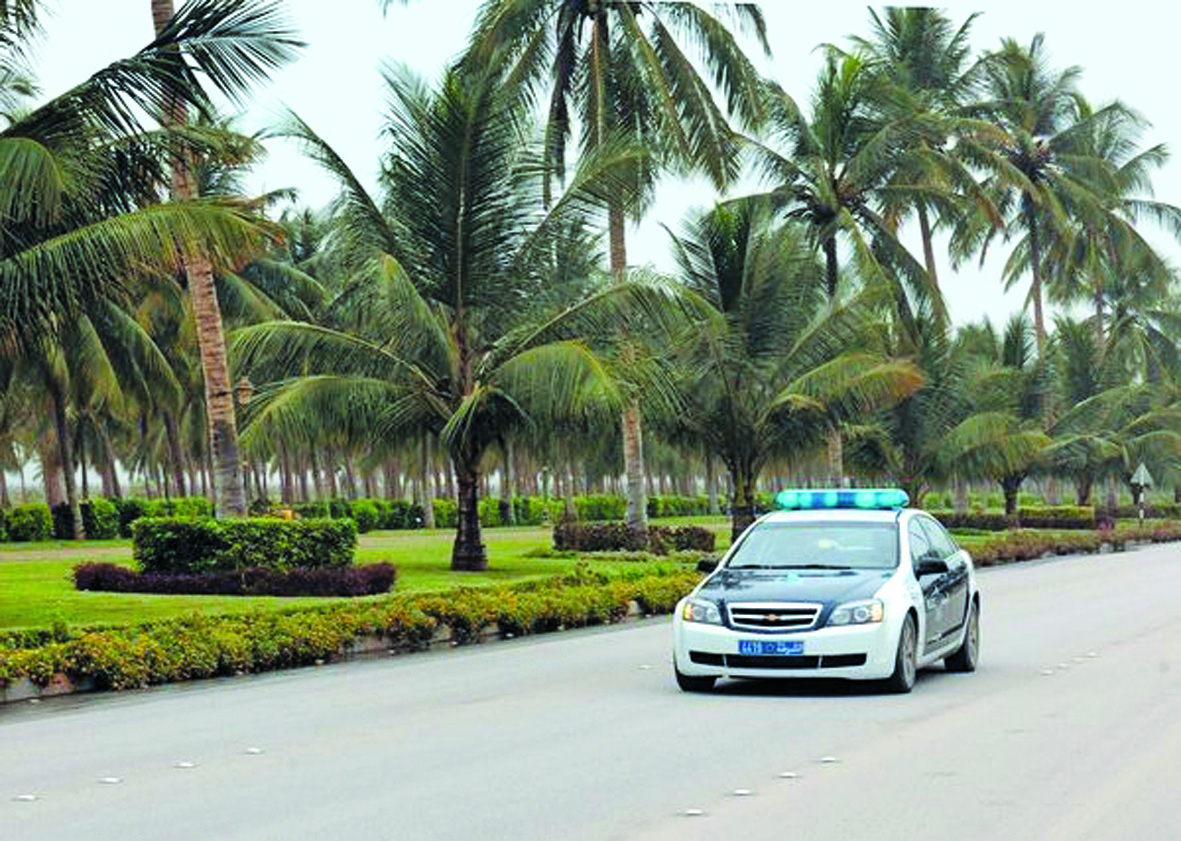 MUSCAT: A month-long initiative called “What did they say?” was recently launched by the Royal Oman Police (ROP) to promote traffic safety by tweeting facts from experts and scientific studies.
ROP will post information on its Twitter account daily regarding traffic safety, which serves to educate and inform the public about the right way to operate a vehicle, preventive measures and simple every day good-to-know information for 30 days.
The initiative was launched on August 21, with the first post from the General German Automobile Club (ADAC), which said, “Looking at your phone for two seconds while travelling at 100 kilometres per hour is equal to driving blind for 60 metres.”
A World Health Organisation study stating, “Wearing seat belts decreases the risk of death for front-seated passengers by 40 to 50 per cent, while for those in the back is reduced by 25 to 75 per cent,” was posted on the second day of the initiative.
A fact posted by ROP quoted the German Authority for Quality Monitoring. “The headrest in a vehicle should not be touched. The driver must keep his head four centimetres away so that it can do what it was created for in case of an emergency.”
Quite often people seem to enjoy texting, looking through social media and having a phone conversation while driving, due to which a serious accident could be imminent and is a common cause for accidents in Oman.
Psychologist Peter Keigland explained that people have certain amount of attention span. While some can focus on two things at once, others cannot.
“Every human being does not have but a certain limited ability to be focused; so if the driver begins to focus his attention on the phone, then some of his focus is not on the road, which will make him a danger to himself and others around him,” said Keigland in a post from ROP.
While summer months are the hottest months in the Sultanate, a rare danger—which is becoming increasingly common—is vehicles catching fire at petrol pumps or while they are parked in the sun. The reason is partly due to them having a full tank of petrol.
A German car club advised “not to fill the car up during summer months and it is not wise to keep pumping gas even after the nozzle has stopped; especially in summer.”
Speeding is in fact the leading cause for car accidents, injuries and death in the Sultanate.
The Sultanate’s Grand Mufti, Sheikh Ahmad Al Khalili also advised people against speeding, which he considers worse than committing suicide.
“Speeding beyond limit is worse than committing suicide as it is a crime and brings a great deal of bad deeds because the person, who commits suicide takes his own life, but the person who speeds disregards his own life and that of others,” said Al Khalili. The posts will continue for 30 days.