George Zimmerman is a good example of a bad problem 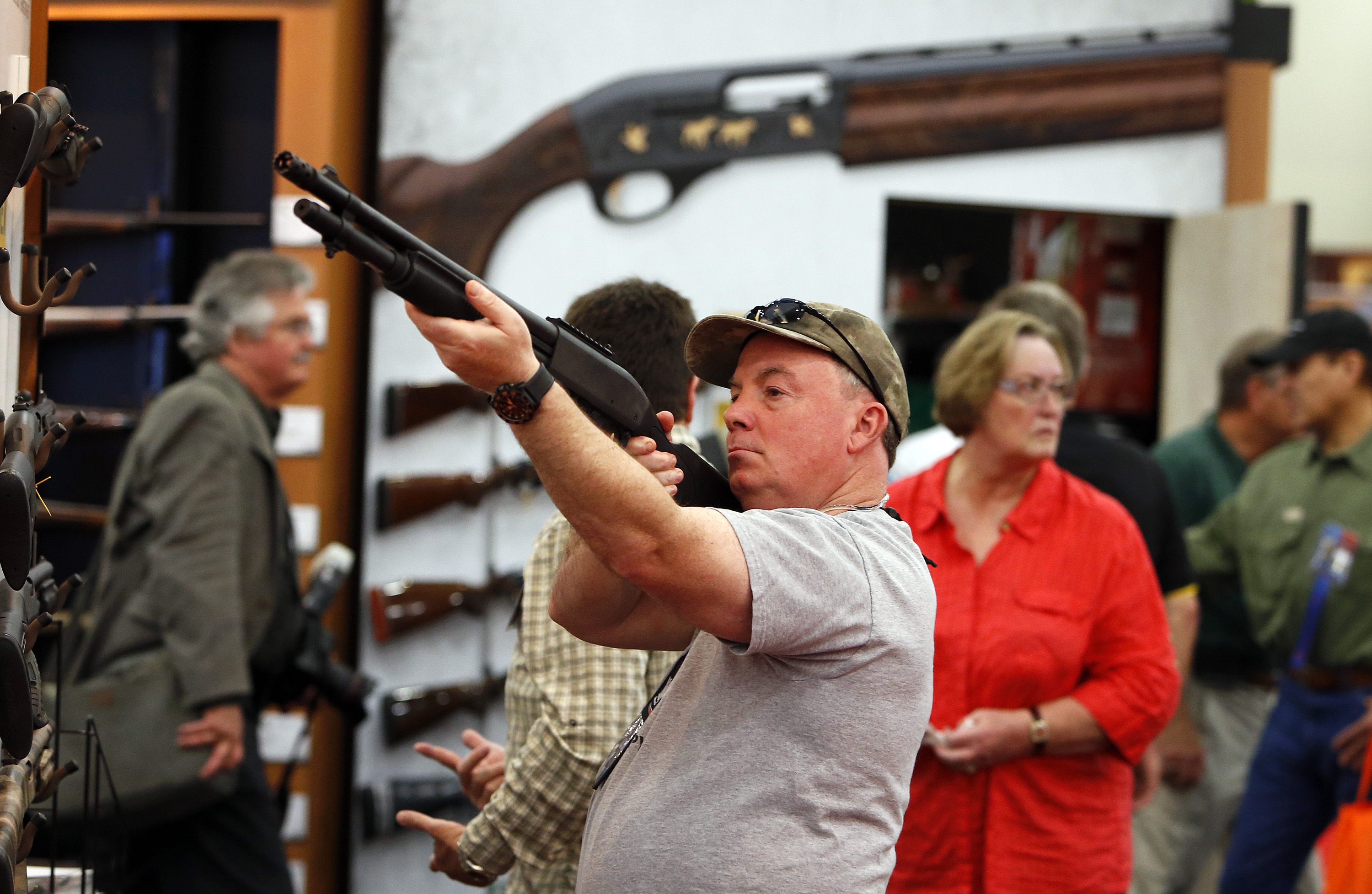 George Zimmerman is a moral outlier, a public danger and more than a little creepy. He generated more grotesque attention this week when he sought to auction the gun with which he killed Trayvon Martin in 2012 as the black teenager was walking home.
In September, Zimmerman retweeted a photo of Martin's corpse. This week, when he listed his Kel-Tec PF-9 handgun for sale, he said: "I am honoured and humbled to announce the sale of an American Firearm Icon." Martin's parents, who have endured not only the senseless killing of their son and the bitter aftertaste of justice denied, but also Zimmerman's subsequent outrages, maintained a dignified silence.
Zimmerman's Wikipedia entry reads like a rap sheet -- court-sanctioned anger-management classes, restraining order, domestic violence claims, allegations of threatening, at different times, both his wife and girlfriend with a gun. All this, of course, in addition to shooting dead a teenager walking through a residential neighbourhood armed with a package of Skittles.
But Zimmerman has never been convicted of a felony. He's free to buy an arsenal of guns. And he's free to sell his wares on the Internet, without a background check, to any criminal or loon who comes along.
Zimmerman is a fringe character, but his place in US national debate on gun violence should be central. He's a hinge on which the debate's conflicting narratives hang. Swing to one side, and you have an insecure, impulsive man who has shown himself to be reckless, violent and a threat to public safety. Swing to the other, you have a good guy with a gun.
"Good guy with a gun" has become an essential phrase in the gun movement lexicon. National Rifle Association leader Wayne LaPierre has used it repeatedly, most memorably when he said that having an armed law-abiding citizen on the scene was the key to preventing massacres like the one in Newtown. In a new documentary, "Under the Gun," gun-rights supporters repeat their leader's five-word mantra, confident that it is the cure to the next rash of gun violence.
The phrase derives its sturdy appeal from a Saturday matinee worldview, with room enough for only two kinds of guys. The bad guys are gang members, convicted criminals and anyone who is, at this exact moment, engaged in committing a violent crime. Good guys are everybody else.
I tried numerous times, in a lengthy interview, to push an intelligent, knowledgeable and passionate gun-rights supporter to acknowledge the existence of a third category, one that includes alcoholics, drug addicts, young men with powerful insecurities and weak self-control, the senile, the paranoid and the hair-trigger. He wouldn't bite. Good guys and bad guys is pretty much as far as we got.
The National Rifle Association is run by men who promote paranoid visions of social breakdown to sell their ideology and their patrons' merchandise. They're cynical, but not stupid. They recognise that Zimmerman, yesterday's vigilante hero, is tomorrow's poster child for laws that restrict access to firearms by flagrantly dangerous non-felons.
After all, once you start acknowledging that the world is more complicated than just good guys and bad guys, that it includes a diverse class of men, and a few women, who have never served time in prison or a mental institution but should never be allowed anywhere near a gun, the game is up.
So the NRA won't want to talk about Zimmerman or the uncomfortable grey zone he embodies -- a man legally entitled, but characterologically unfit, to buy and sell guns at will. The rest of us, however, should talk about it a lot. Zimmerman is an awful citizen. But he's also an underutilised social asset. - Bloomberg View