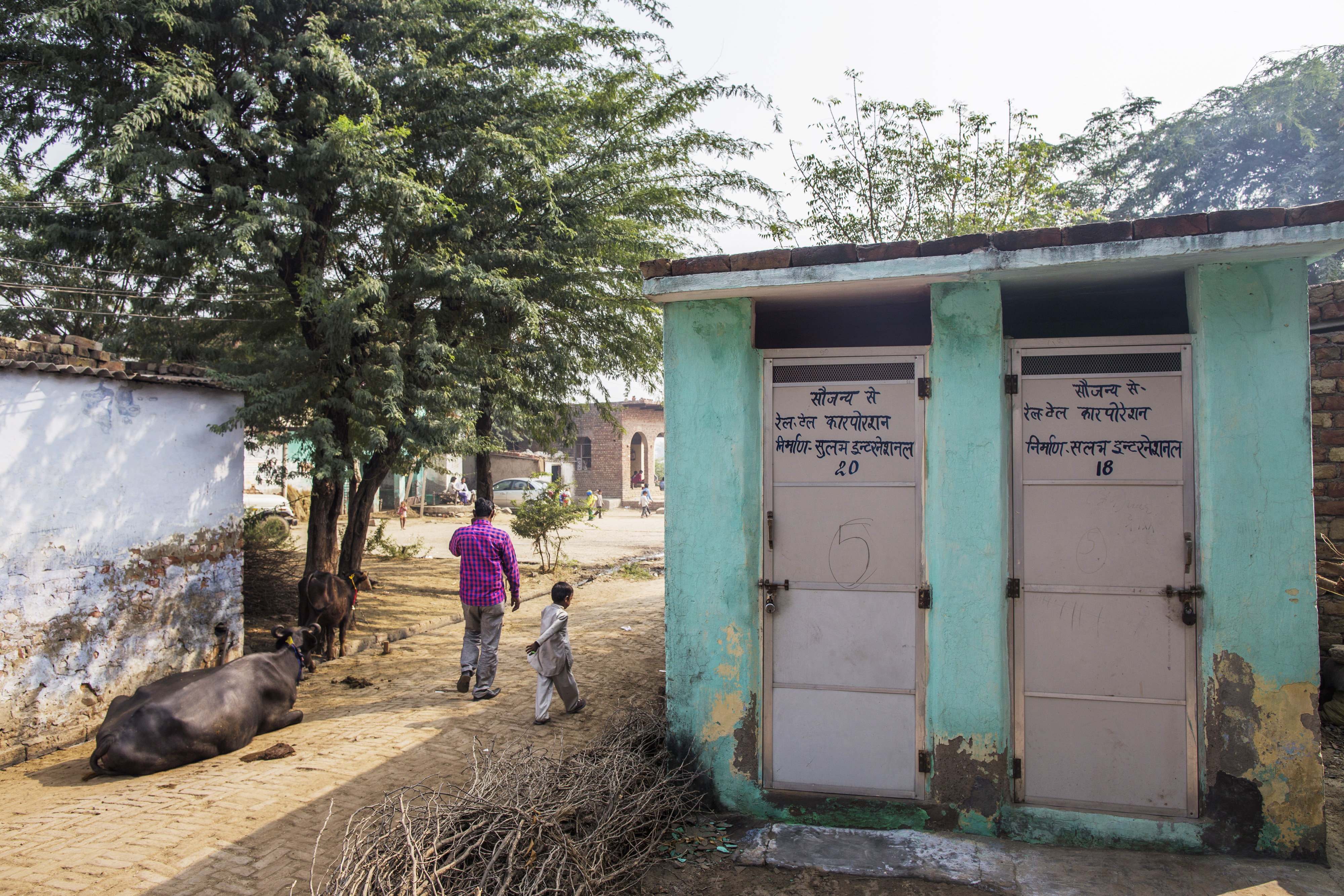 Politicians and philanthropists often talk about abstract, lofty ideas such as sustainability and transformation through dialogue. So Bill Gates and Indian Prime Minister Narendra Modi should be applauded for tackling a more mundane, but crucial, subject: toilets.
The Bill & Melinda Gates Foundation wants to transform toilet technology itself, so that toilets aren’t dependent on major infrastructure, such as sewage systems and water-treatment plants. In 2011, the Gates Foundation launched its Reinvent the Toilet Challenge, which provides grants for researchers “who are using innovative approaches – based on fundamental engineering processes – for the safe and sustainable management of human waste.” The hope is that twenty-first-century toilets will convert human waste into energy, fertilizer, or even drinkable water.
For his part, Modi has declared building toilets more important than building temples, and he has launched a campaign to end open defecation in India by 2019, to coincide with the 150th anniversary of Indian independence leader Mahatma Gandhi’s birth. Toward that end, the Modi government is rapidly building basic sanitation facilities and installing millions of toilets around the country, including at least one in every school.
India’s effort is similar to that of its biggest neighbour, China, which is also building lavatories nationwide, specifically to support its tourism industry. In what is being called a “toilet revolution,” the China National Tourism Administration says that it built 14,320 toilets around tourism sites in 2015, while upgrading an additional 7,689 facilities.
Policymakers are right to focus on the issue. Poor sanitation is a major development challenge: though two billion people have gained access to basic, safe sanitation over the past 25 years, 2.5 billion people – half of the developing world – still lack it. Flush toilets are taken for granted in rich countries, but they are so scarce in India that the country accounts for 600 million of the one billion people worldwide who must resort to open defecation.
This has serious health implications, especially for children. In India, chronic diarrhea kills almost 200,000 children per year and is linked to malnutrition and stunted growth in 43 per cent of children under the age of five. Children exposed to these conditions are vulnerable to opportunistic infections such as pneumonia and even polio. These figures are much higher for India than for other countries with similar income levels but better sanitation.
Women also suffer disproportionately from a lack of toilets, because basic privacy demands that they relieve themselves only after nightfall, when they are more vulnerable to physical attacks and accidental injuries.
The damage to public health resulting from poor sanitation limits economic development, because it causes workers to produce, save, and invest less, and to die younger. A World Bank estimate puts the global annual cost of poor sanitation at $260 billion, with India accounting for nearly $54 billion of the total (6.4 per cent of its GDP), based on 2006 data (the latest available).
There is no quick fix to this problem. Even with more available toilets, it takes time for people to adopt new sanitation habits, which is why nongovernmental organisations such as WaterAid have called for more education – in schools and in the media – to explain the health, safety, and economic benefits of better hygiene.
This points to an additional challenge: cost. Three billion additional people will need access to basic sanitation in the next 15 years, and providing for their needs will cost about $33 billion annually, according to an estimate by World Bank development economist Guy Hutton.
Hutton’s estimate is part of an analysis of the United Nations Sustainable Development Goals for water and sanitation, which he conducted for the Copenhagen Consensus Center, the think tank I direct. Under the SDG framework, the UN has adopted 169 development targets that come into force this year. The sheer volume of new benchmarks has development organisations and donor governments scratching their heads, so Copenhagen Consensus has commissioned economists to examine and prioritize the targets.
With an investment of $33 billion, three billion more people would gain access to today’s low-cost lavatory technology – pour-flush and dry-pit latrines in rural areas and flush toilets linked to a septic tank in urban areas. The investment’s return in social benefits would amount to $94 billion each year, or nearly $3 for every dollar spent.
This estimate includes savings from both economic and health outcomes, such as increased worker productivity and averted cases of chronic diarrhea and other diseases. And the true benefits would likely be even greater if we included related improvements to the environment and children’s performance in school.
But we should also acknowledge that the money spent to improve sanitation – in terms of the social benefits per dollar invested – could possibly be even better spent on impactful SDG targets, such as the elimination of tuberculosis or expanding access to family planning. Money should be allocated first to the sanitation projects that will achieve the most. One simple step would be to focus on eliminating open defecation in rural areas by installing shared latrines. Eliminating open defecation in rural areas would cost only about $14 billion annually, and would deliver social benefits of $6 for every $1 spent.
A generation ago, we did not hear politicians and philanthropists talking about toilets, much less making them central to their development work. The fact that Modi and Gates have done so is an achievement in itself. But there is much work ahead, and we should not lose sight of the numbers when allocating scarce resources for investment in development. Only by carefully weighing costs and benefits can we avoid flushing good money down the drain. - Project Syndicate