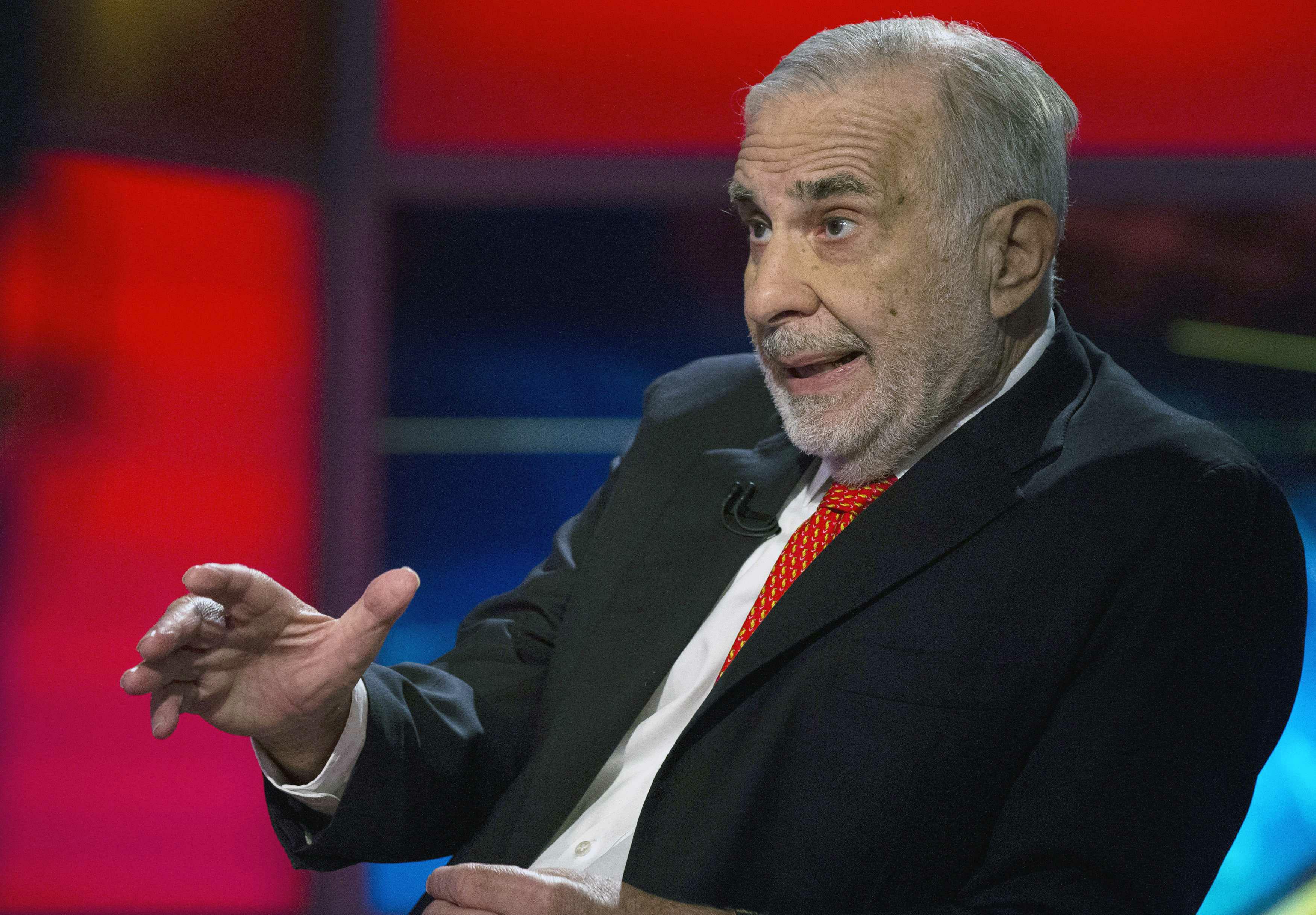 New York: Billionaire activist investor Carl Icahn said on CNBC on Tuesday that Donald Trump is "right on about the economy" and said "the Archie Bunker of the world" will vote for the Republican presidential candidate.
Archie Bunker, a fictional conservative blue-collar worker from the New York City borough of Queens, was the main character in the 1970s television comedy "All in the Family." Icahn praised Trump's economic plan a day after the New York real estate developer unveiled it in a speech in Detroit. Trump proposed sweeping tax breaks, cuts to federal regulations and a revival of the stalled Keystone XL project.
Bunker has been described as the show's "lovable bigot," but Icahn said there was no bad intention in comparing middle-class voters to the character. "Any middle-class worker, you know, 'the Archie Bunker of the world' - that was a great show, I used to watch it - those guys are going to vote for him because those are smart guys," Icahn said.
"Archie Bunker is a middle-class guy, somewhat educated even, that doesn't know where his next check is coming to send his son or daughter to school, doesn't know if he's going to keep his job. ... Why the hell should he vote for a system that is not giving him a good-paying job?" Icahn said. Icahn echoed his remarks on CNBC on Twitter, saying, "Trump is right on about our economy. A capitalistic system cannot exist if government is at war with business.
CEOs rightly so are afraid to invest in new equipment, etc. to make our manufacturing competitive.
"It is no surprise that today it was announced growth in productivity was down for the 3rd straight quarter and is at an all-time low. Our workers cannot be productive with 'worn out tools'."
The Labor Department reported that US nonfarm productivity unexpectedly fell in the second quarter, pointing to sustained weakness in the economy. Trump's speech came after a week of falls in opinion polls and clashes with the family of a fallen US Muslim soldier and fellow Republican leaders. Icahn said he did not defend Trump's remarks about the family of soldier Humayun Khan, calling them a "mistake. People make mistakes."
Asked by CNBC why Icahn was not named to Trump's group of economic advisers, Icahn said he wanted to focus on a new Super PAC.
Last week, Icahn's general counsel, Jesse Lynn, told Reuters that Icahn turned down an invitation to join the group because the investor is considering funding a Super PAC focused on regulatory reform. It would be Icahn's second Super PAC.