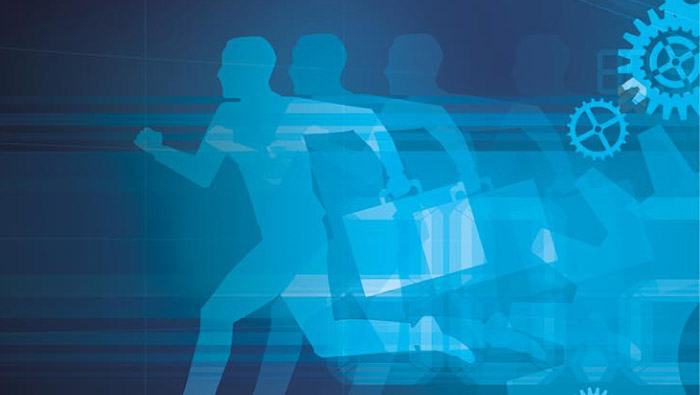 Muscat: Ministries in Oman are working on reducing the time taken to process requests for new projects, so that they can begin faster, thereby contributing to the economy earlier, and encouraging more businesses to set up operations in the country.
This government initiative is part of the Sultanate’s efforts to incorporate lean methodology into projects they oversee and approve, and is part of the country’s plans to speed up the diversification of its economy, under the Tanfeedh plan for economic expansion.
The initiative was included as one of the key objectives the government was looking to achieve in the recently-published 2019 annual report, which was released by the Implementation, Support and Follow-up Unit (ISFU), the public body tasked with overseeing the country’s economic diversification.
“This project aims at improving the Sultanate’s ranking in the Ease of Doing Business Index, for the Sultanate to be an attractive environment for starting and executing commercial projects,” explained the ISFU report.
“Moreover, the project aims to improve the KPIs of the processes selected in the indicators. It relies on the ‘Lean’ methodology for continuous improvement, which seeks to streamline procedures and reduce waste of resources, ensuring the greatest value to the beneficiary.
“Lean methodology works on improving three main areas: quality, cost and production. Six projects were selected to be implemented with five different entities, which frequently deal with commercial transactions,” it added.
Fast-tracking of projects has been earmarked across six areas, which are to be handled by five different government bodies.
The Ministry of Commerce and Industry has reduced the time required to complete the procedures required to start a business: data published by the ISFU as part of the report shows that the time taken by the MOCI to provide commercial registrations and industrial licences has decreased from 11 days to just four, and is targeting a turnaround of two days to provide such paperwork, from the time it is submitted.
To make sure investors are able to secure skilled workers on time, the Ministry of Manpower has also reduced the time required to obtain work permits for them, cutting down that time from 90 days to less than 10, having already surpassed its target.
Similarly, the Ministry of Finance – which has been handed two areas of project work in which they need to reduce approval turnaround times, has also managed to decrease the time required to respond to requests in these areas.
The first is to do with, according to the report, “Improving the mechanism of the Ministry of Finance for obtaining the required documents related to withdrawal requests from government agencies supervising the implementation of government projects.” Responses that used to previously be issued in about 60 days are now being provided on the same day on which the request was submitted.
The Ministry of Finance had set a turnaround target of 10 days to respond to such requests. The second obligation put in front of the ministry when it came to reducing turnaround times, was in the case of reducing the time required to study government agencies’ budget-related requests, and providing an appropriate response.
While responses in the past were also furnished within 60 days, they now take less than the targeted time of a month to be issued.
Muscat Municipality has shortened the time needed to issue new construction permits and licences. Construction permits are now issued on the same day of submission, while they previously used to take about 10 days, with the municipality having looked to reduce the time taken to issue them to just two days.
Similarly, the time taken to issue certificates of completion of construction has been cut from nine days to less than a day, with a municipality having targeted a response time of three days from the date of submission of such a request.
However, the Ministry of Housing continues to work on making its processes leaner, when it comes to reducing the time required to issue procedures for investors who wish to use land allocated for industrial purposes.
Each project has four stages of execution – definition, selection, removal and sustainability – with the Ministry of Housing having successfully completed bringing the first two stages into its operations. The absorption of the third stage is 60 per cent complete, while the integration of its sustainability phase has reached 40 per cent.
“In 2020, the project team aims to execute several other projects using the ‘lean’ methodology for continuous improvement, and building capacity in ‘Lean’ methodology in all targeted entities,” added the ISFU.
The organisation said, “The business environment sector is one of the most enabling sectors for the national economy. Many of the initiatives which will contribute to facilitating doing business during the coming phase, have been accomplished. However, the sector still needs more efforts from all relevant parties with respect to dealing with challenges which are facing the sector, in order to make the Sultanate an attractive and motivating environment for local and foreign investments.