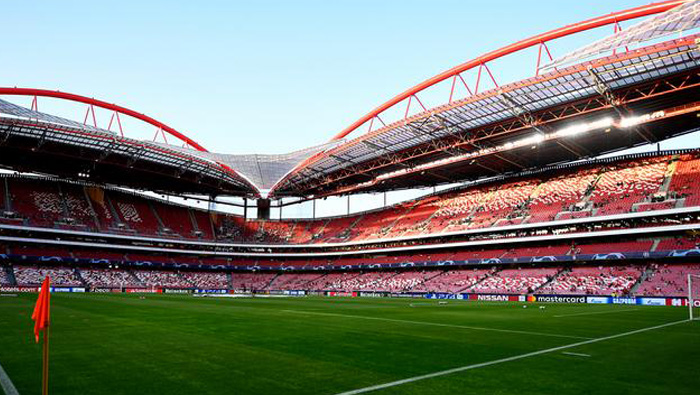 Berlin: Reports in Germany suggest that UEFA are set to select Lisbon as the location for a possible Champions League final tournament in order to bring the 2019/20 competition to a close.
German cities Munich and Frankfurt had been touted as options to host a mini-tournament, having already hosted Bundesliga "ghost games" and successfully implemented the German Football League's hygiene concept.
Bayern Munich board member Oliver Kahn had signalled Munich's readiness, while Eintracht Frankfurt's director of sport Fredi Bobic said such an event, including stadia in Frankfurt, Mainz and Hoffenheim, would have been "a great chance."
But, according to the Bild am Sonntag newspaper, UEFA appear to favor the Portuguese capital for financial reasons, although the fact that there are no Portuguese sides left in the tournament is also important. Speaking to Sky90, Bobic hinted: "It's not just a sporting issue, it's a question of finances, too. And taxes can be a problem in Germany."
A final decision is expected when UEFA's executive committee meets on June 17 and 18. The Champions League was originally due to take place in Istanbul on May 30, but the Turkish city is now out of the running.
The competition was suspended indefinitely on March 13, with four last-16 second legs still to play, including Bayern's home game against Chelsea. UEFA now hopes to fulfil those fixtures, plus eight quarterfinal matches, four semifinals and the final, in a mini-tournament in one location - likely Lisbon.