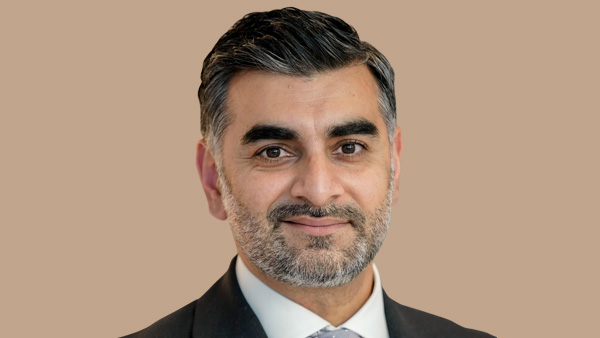 Muscat: The practices observed in Islamic banking could help achieve the United Nations’ Sustainable Development Goals (SDGs) at a faster pace, an expert in Islamic finance has said.
The UN SDGs are a set of 17 developmental goals that include practices such as ending poverty and hunger, good health and education, clean water, energy and sanitation, safeguarding animal and plant life on land and underwater, and tackling climate change, all of which together lead to people inhabiting a better world that works for everyone.
These SDGs are part of the 2030 Agenda for Sustainable Development, and Omar Shaikh, the founder of the Islamic Finance Council UK, an advisory body that promotes the advantages and spreads awareness on the concepts behind Islamic banking.
“Islamic banking and finance is a form of ethical banking,” he said. “Unlike conventional banking, the main difference is that it will not finance anything deemed harmful to society. It also does not charge interest and instead makes a return or profit by other means such a rent and profit return. Interest is still banned in Islam.
“Typically, Islamic banks are involved in considerably less speculative financial instruments such as derivatives,” added Shaikh. “Compared to conventional banking, Islamic banking can provide better systemic stability, enhanced transparency and benefit from additional governance. To achieve the UN SDGs, $1.5 trillion will be required annually. This can only be achieved with private finance, not from charitable or developmental funds alone."
“Global financial markets are increasingly aligning to the SDGs as they seek to address the climate finance requirement and become more socially responsible,” he explained. “The SDGs provide an excellent set of parameters against which social impact can be measured. Islamic banking as a form of ethical finance at a principle level is very well aligned with the social purpose of the SDGs and can play a key role in achieving the SDGs in the markets it operates.”
However, Sheikh explained that Islamic finance was still far younger than the other conventional banking methods available, and would need to conform to global financing rules if it is to spread to many parts of the world.
“In the last 100 years conventional financial markets have evolved hugely,” he admitted. “Contemporary Islamic banking is a relatively modern experiment approx. 30 years and is thus still young and will take time. Contemporary Islamic banking is a relatively modern experiment that has gone on for approximately 30 years and is thus still young and will take time. Banking is governed by global regulations and Islamic banks have to conform to this. Thus the early pioneers have had to try to balance this with the strict ban on interest peculiar to Islamic banking which has led to considerable challenges.
“Continued positive growth as the familiarity with and availability of products expand and a stronger alignment with ethical finance will help differentiate Islamic banking,” he added.
“Considering the recent history of conventional finance, you should feel more trepidation towards conventional banks. Islamic banking is regulated and ensures you only deal with such regulated products to give you the necessary customer protection. At less than 1.5 per cent of global banking, Islamic banking is not going to dislodge conventional finance in this regard. There is plenty of space for everyone and all types of finance to help achieve the SDGs, which are for all of humanity.”