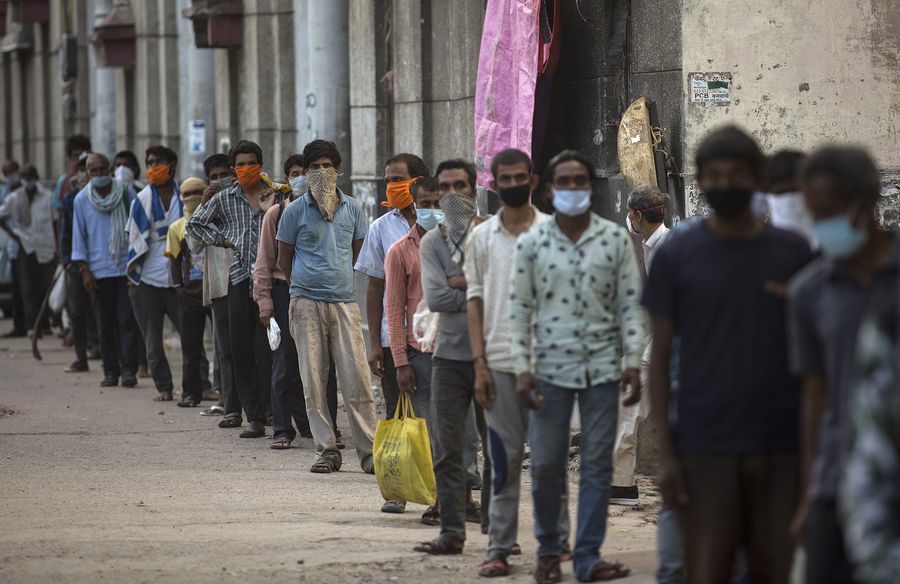 Banerjee made the remarks when he was talking to India's main opposition Congress party leader Rahul Gandhi during a video interaction on the economic fallout of the COVID-19 in India.

Gandhi highlighted that many small and medium businesses hit by the COVID-19 lockdown could "go bankrupt" because of the ongoing economic crisis and would result in jobs losses.

Banerjee said India should take a cue from the United States by pumping in more money in the hands of the people to revive demand.

"Giving money in the hands of everybody, so that they can buy in stores or they buy consumer goods," he said, adding there was a need to revive the demand.

The economist said spending was the easiest way to revive economy as it would have stimulus effect.

"I would say bottom 60 percent of the population, we give them some money, nothing bad will happen in my view," Banerjee said.

Gandhi was holding conversations with experts to discuss the COVID-19 crisis and its impact on the Indian economy. The series began last week with Congress leader interacting with renowned economist Raghuram Rajan.

Banerjee, an Indian-American economist, won the 2019 Nobel Prize in Economics, along with Esther Duflo of the Massachusetts Institute of Technology and Michael Kremer of Harvard University "for their experimental approach to alleviating global poverty."