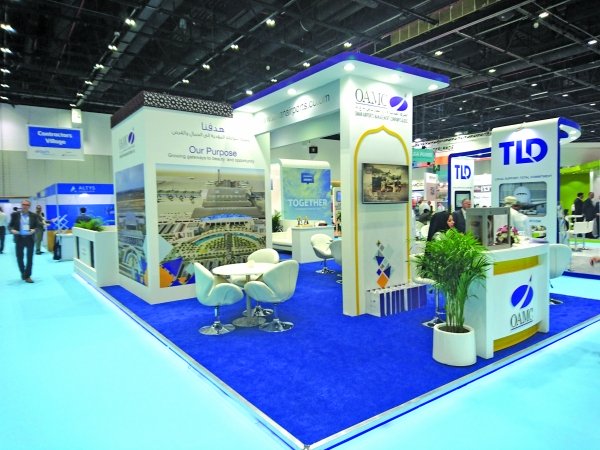 Muscat: Plans and progress for the new Muscat International Airport are unaffected and on-track, Ahmed Al Hosani, CEO Oman Airport Management Company has said in Dubai.
As part of its continuous effort to position Oman’s airports as the gateways to the beauty of Sultanate, and to promote the latest developments in airports and identifying investment opportunities, Oman Airport Management Company (OAMC) concluded its participation in the 16th edition of the Airport Show between 9 to 11 May at the Dubai International Convention and Exhibition Centre (DICEC) in Dubai, UAE.
**media[406364]**
This participation is the fourth consecutive year of participation for OAMC, as the Sultanate’s airport authority. Sheikh Aiman bin Ahmed Al Hosani, CEO of OAMC represented the Company in the Airport leaders gathering held on the sidelines of the exhibition.
The OAMC stall at the exhibition witnessed visits from a large number of visitors, and the Company was represented by staff from Muscat and Salalah Airports Management and members of the commercial operations division, in addition to the staff from the procurement division. The delegates also took part in a variety workshops that were held alongside the exhibition.
Commenting on the importance of participating in trade events to promote Oman Airports and the Sultanate, Sheikh Aiman Al Hosani stated “Despite the difficult financial situation in the region due to the drop in oil prices, the plans and progress for the new Muscat International Airport are unaffected and on-track.
The Sultanate is steadily moving towards a more diversified economy, with rapid growth being witnessed in non-oil sectors such as tourism and transportation.
In line with the same vision, it is essential for us to represent Oman on a global forum such as the Airport Show, not only to showcase the natural beauty of our country, but rather to highlight its potential in this very promising sector”.
OAMC’s participation in the exhibition comes as part of the Company’s mission to reach global markets, by being present at prominent exhibitions and conferences regionally and globally in the travel and aviation sector. These events witness participation from a substantial number of Arab and international companies, besides the large numbers of visitors, which provide a good opportunity to introduce Oman as a global tourism destination.