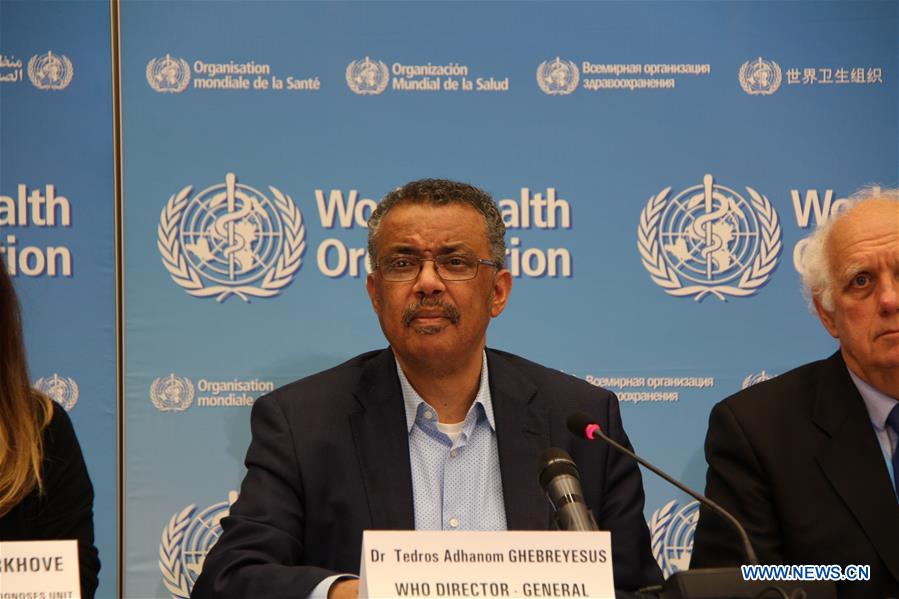 GENEVA: World Health Organization (WHO) Director-General Tedros Adhanom Ghebreyesus warned Monday that the virus remains "extremely dangerous," though countries are seeking to return to normal as social isolation measures have helped slow the spread of COVID-19.

Meanwhile, global confirmed COVID-19 cases topped 3 million on Monday, according to the Center for Systems Science and Engineering (CSSE) at Johns Hopkins University.

"The pandemic is far from over," Tedros on Monday told a virtual press conference, adding that "WHO continues to be concerned about the increasing trends in Africa, Eastern Europe, Latin America and some Asian countries."

He called on countries to continue aggressive tactics against the pandemic, saying "as lockdowns in Europe ease with declining numbers of new cases, we continue to urge countries to find, isolate, test and treat all cases of COVID-19 and trace every contact, to ensure these declining trends continue."

The virus remains "extremely dangerous," Tedros reiterated, adding that early evidence suggests that most of the world's population is still susceptible, which means epidemics can easily re-ignite.

In an interview with the Washington Post last week, Director of the U.S. Centers for Disease Control and Prevention Robert Redfield warned that a second wave of the coronavirus in colder weather could harder hit the Unites States, saying that social distancing has been crucial to slowing the spread of the disease.

After countries took stringent restrictive measures for weeks or even longer to curb the pandemic, some are seeking to get back to normal and planning an exit from lockdowns.

Over a dozen U.S. states, including Georgia, Oklahoma, Tennessee and Mississippi, have begun to ease lockdowns in hope of restarting the economy, while many others remain hesitant to do so. New York, California, Pennsylvania, Massachusetts and Michigan have already extended their stay-at-home orders.

On April 16, the White House unveiled three-phase guidelines for reopening the U.S. economy, putting the onus on governors of making decisions about their states' economies.

In parallel, as the worst-hit countries in the European continent such as Italy, Spain and France have seen declining trends of new infections and new deaths, some are also considering relaxing economy-crushing lockdown measures.

More than 3 million cases and over 211,000 deaths have been reported worldwide, according to Johns Hopkins University.

Despite the ballooning caseload, strict lockdowns for weeks have brought encouraging signs to countries.

Italy, Spain, Belgium have seen a steady downward trend of new infections. Additionally, in France, the hospitalizations and daily death toll have been falling in the past two weeks.

British Prime Minister Boris Johnson, who returned to Downing Street after recovering from COVID-19, said Monday that Britain is passing through the peak "with fewer hospital admissions, fewer COVID-19 patients in ICU."

However, it is still not time to relax vigilance. Just as Tedros told reporters on Wednesday, "make no mistake, we have a long way to go. This virus will be with us for a long time."