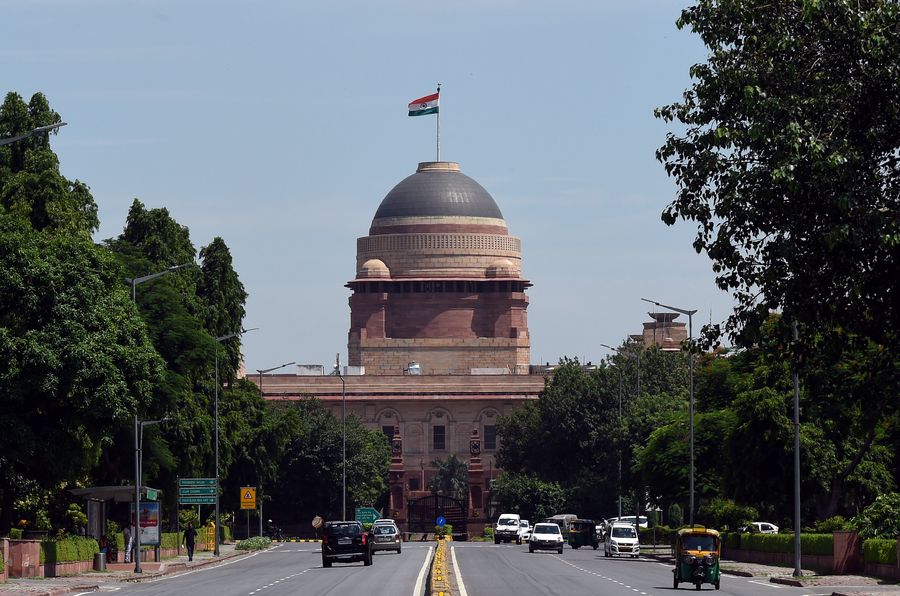 NEW DELHI: The COVID-19 has hit people at two of the main buildings belonging to the government of India, President's House and the Parliament, official sources confirmed on Tuesday.

A housekeeping worker at the Lok Sabha Secretariat of Parliament of India tested positive for COVID-19, confirmed an official posted with the Lok Sabha Speaker's office.

The employee was subsequently admitted to a local hospital, while his family was placed in isolation.

According to the official, efforts are being made to find out how many persons this employee came in contact with over the past few days, and those persons would also be tested for the virus.

On Monday, secretariats of both the Houses, Lok Sabha and Rajya Sabha, were re-opened after being shut since March 25, the first day of a 21-day lockdown, which was subsequently extended till May 3.

Similarly, as many as 125 families living within the premises of the President House were home quarantined on Tuesday after one of the family members of a sanitation worker tested positive for COVID-19.