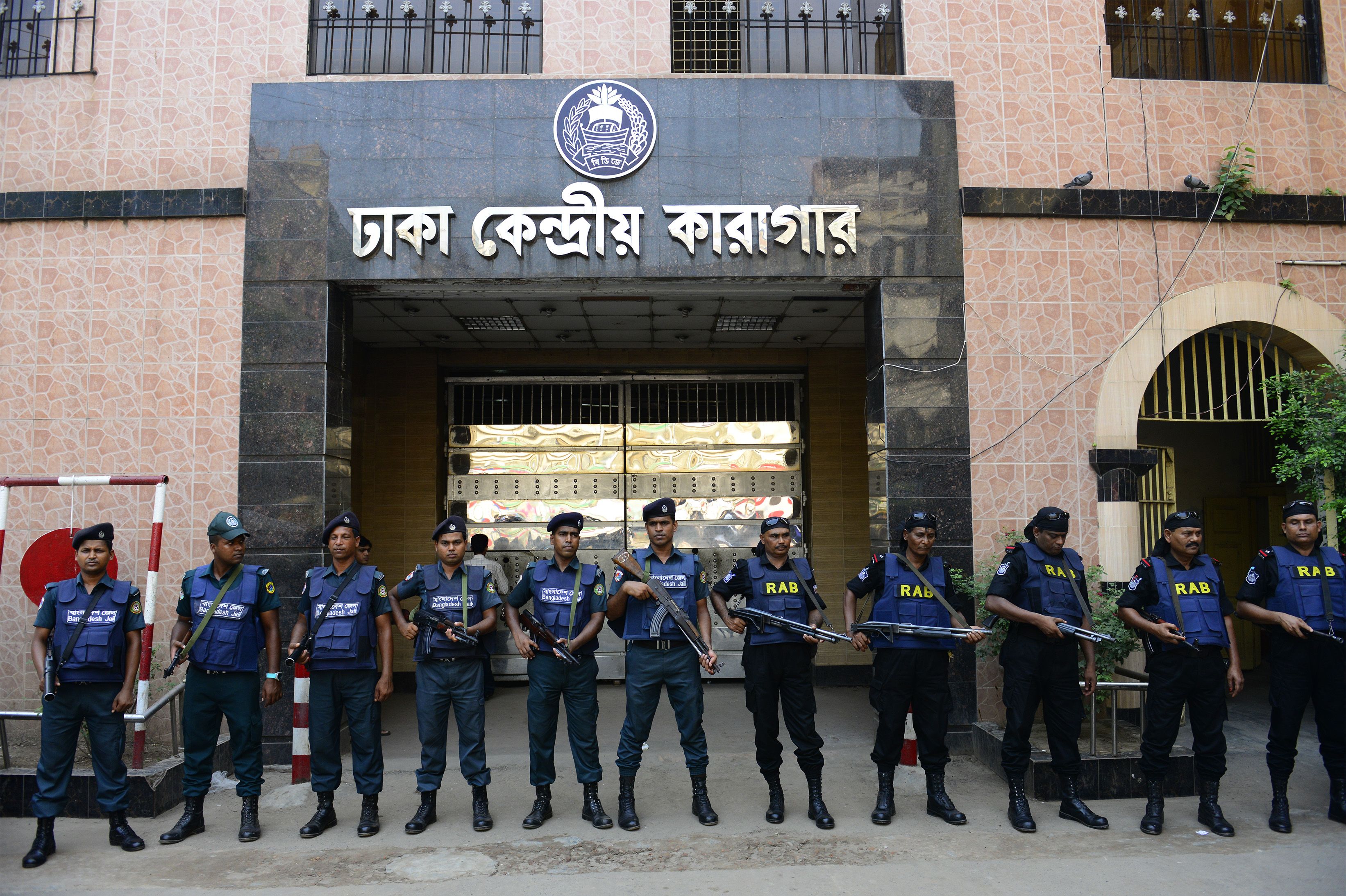 Dhaka: Bangladesh hanged Jamaat-e-Islami party leader Motiur Rahman Nizami on Wednesday for war crimes committed during the 1971 war of independence, the law minister said, in a move that could draw an angry reaction from his supporters.
Nizami, head of the Jamaat-e-Islami party, was hanged at Dhaka Central jail after the Supreme Court rejected his final plea against a death sentence imposed by a special tribunal for genocide, rape and orchestrating the massacre of top intellectuals during the war.
Nizami, 73, a former legislator and minister, was hanged at 12.01am local time, Law Minister Anisul Haq told Reuters.
Hundreds of people flooded the streets of the capital, Dhaka, to cheer the executions. "We have waited for this day for a long 45 years," said war veteran Akram Hossain. "Justice has finally been served."
But the war crimes tribunal set up by Prime Minister Sheikh Hasina in 2010 has sparked violence and drawn criticism from opposition politicians, including leaders of Jamaat-e-Islami, that it is victimising Hasina's political opponents.
Thousands of extra police and border guards were deployed in Dhaka and other major cities. Previous similar judgments and executions have triggered violence that killed around 200 people, mainly Jamaat activists and police. Five opposition politicians, including four Jamaat-e-Islami leaders, have been executed since late 2013 after being convicted by the tribunal.
About 3 million people were killed, the government says, and thousands of women were raped during the 1971 war. The party denies that its leaders committed any atrocities. International human rights groups say the tribunal's procedures fall short of international standards.
The government denies the accusations. The execution comes as the country suffers a surge in militant violence in which atheist bloggers, academics, religious minorities and foreign aid workers have been killed.
In April alone, five people, including a university teacher, two activists and a Hindu, were hacked to death by suspected militants.
International human rights groups say a climate of intolerance in Bangladeshi politics has both motivated and provided cover for perpetrators of crimes of religious hatred.