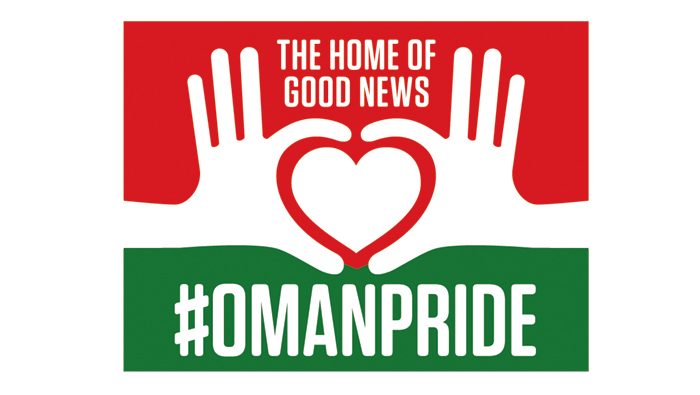 Muscat: Scores of neatly-dressed children waving multiple flags and calling for peace in the world gathered at the Muscat Grand Mall lobby for a peace event.
On Monday evening, Yousuf bin Alawi bin Abdullah, Minister Responsible for Foreign Affairs opened the ‘Call of Peace’ event that saw the first public exhibition of more than 150 paintings drawn by more than 60 expat students in the Sultanate.
The paintings will travel across the world with the help of the United Nations (U.N.), which will carry the message of peace from the Sultanate.
Talking to the media, Alawi said, “This is a message to all nations, who are keen to have peace. It’s also a message for world leaders, who have the power to stop wars and spread peace instead of blood.”
**media[405298]**
He further said Oman will continue to propagate peace “under the framework of His Majesty Sultan Qaboos bin Said ’s message.”
For 15-year-old Lauren Murehy of Ireland, one of the contributing artists, “Peace can be achieved if we balance earth and politics.”
“That’s what I’ve drawn,” she told the Times of Oman (TOO).
Another student from Bangladesh, Nafeesa, 14, said “Peace means freedom and that’s what I have been experiencing in Oman.” “My country is disturbed, but we all can live in peace and learn from Oman.”
Noted Pakistani artist Ibrahim Gailani, one of the brains behind the peace project told TOO that the paintings are scheduled to go to the UNESCO office in Paris first.
“From there the paintings will be moved to the UN office in New York,” he said.
He further said this is an expensive project to carry out. “We need sponsors to make it an annual effort and expand the participation.”
Monday’s event was emotionally charged. Many were seen crying as the curtains were lifted from the paintings.
There were paintings calling for peace in Palestine, Afghanistan, Syria and elsewhere. Others sought quick action on reconciliation. A picture of shaking hands with the globe in the backdrop was another attraction. A painting drawn by a Syrian youngster drew most of the attention. It shows a watery eye with the Syrian flag tucked inside.
The contributors were brought to meet the joyous crowd in the backdrop of Omani bagpipers’ sounds adding to the celebrations. While a traditional Omani dance hailed the Sultanate, the crowd was amused with peace songs, such as “Let’s unite for peace, neither war no fears.”
“As long as it evokes the emotion of remembering other children, who may be facing conflict in other places. That really is the message,” Gailani said.
Solving global crises
Oman-based Ahmed Fareed, the father of an Afghan child artist, said: “I really appreciate this move. This is a step forward towards peace. We know how much peace is important for our country. This kind of event does not happen in Afghanistan.”
The project was initiated by noted Omani songwriter and intellectual Saleh Al Fahad through the Values Centre involving the participation of a large number of children from different communities in the Sultanate and which represent several countries.
On the occasion, a documentary showcasing Oman’s vision for world peace and efforts in settling international crisis was also released.
Organisers said Oman is known for its peace efforts, and in sending a pictorial message across the globe, they want to communicate Oman’s support for world peace.
“Following the same idea, the children have poured their feelings and talent into the captivating paintings on the issues and crisis of the world,” Al Fahad said.