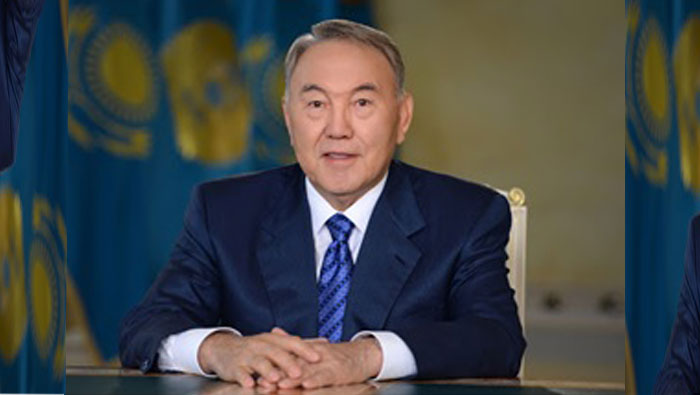 The first President of the Republic of Kazakhstan – Elbasy Nursultan Nazarbayev in 2017 initiated a program “Rukhani Jangyru”, which was developed on the basis of the provisions of his article “Course towards the Future: Modernization of Kazakhstan's Identity", gave a country a vision of strategic goals and objectives, and has become an important world-view breakthrough and a path for the youth of Kazakhstan to further strengthen the country's independence and identity.
The program defines key words of ideological and political consolidation of representatives of 17 confessions, 140 ethnic groups united in the common interest and forms the ideological and value picture of public consciousness. The ideological vacuum emerged after the Soviet Union collapse created a barrier in the state ideological platform for the national unification of the people. At this time, it became difficult to determine the national idea of society and the way of the state development. However, the search for a way out of the crisis played a positive role by strengthening the educational form of national traditions. The “Rukhani Jangyru” program marked a main goal of the Kazakhstan nation for a new historical period: to preserve and enhance spiritual and cultural values, to enter the top 30 developed countries of the world. The program provides several projects aimed at achieving these goals.
One of the projects is a phased transition of the Kazakh language to the Latin script that intended to give a new impetus to the development of the language and integrate it into the world space, to interest and motivate citizens to master the language. A full transition to the Latin script is planned for the year 2025: from now, all the entire written speech, from publications in the print media to office work, will be in Latin.
The project “100 new textbooks in the Kazakh language” is aimed at transferring knowledge and experience to the younger generation, improving the quality of education, and developing the identity of the nation and the Kazakh language. According to Nursultan Nazarbayev, “for many years our social and humanitarian knowledge has been mothballed in the framework of one teaching and in the framework of one world view.” To fix this, it is proposed to choose hundreds of the best textbooks from those that already exist in the world: on history, political science, sociology, philosophy, psychology, culturology, philology and translate them into Kazakh. The effect of this program is expected within 5-6 years after the books will be available to students - graduates of domestic universities should become more competitive in the professional market.
The project “100 New Faces of Kazakhstan” will incorporate living stories of Kazakhstanis from different parts of the country, of different ages and nationalities, who will serve as a model for compatriots. These hundred and more new faces will become the personification and portrait of modern Kazakhstan.
The project "Sacred Geography of Kazakhstan" is based on cultural memory, symbolic, sacred and cultural and historical things. The objects of this project will become places of attraction for the tourism industry. The special project “Tugan Jer” is aimed at the development of a “small homeland”, involvement of citizens in the development of their native land, and also aimed at solving social problems.
The project "Modern Kazakhstan culture in the global world" is aimed at building a systematic work on the popularization of Kazakhstan culture abroad. In this case, the emphasis is on the promotion of modern culture both in form and in content.
In general, the program of Nursultan Nazarbayev reflects a natural spirit of the people of Kazakhstan, national priorities, demonstrates a "cultural code of the nation" as well as outlines the directions of development of basic spiritual values: science, culture, education.