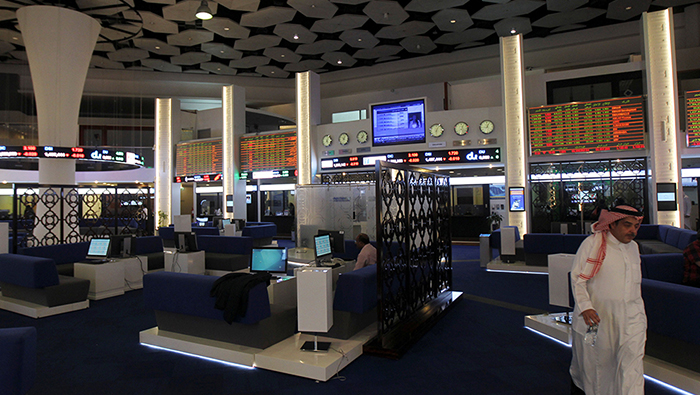 Dubai: According to the EY Mena IPO Eye Report, IPO deal value in the Mena region witnessed a sizeable increase during Q4 2019 both in terms of deal volume and value, with five IPOs raising proceeds of US$30.0b, compared with the two IPOs that raised US$190m in Q3 2019.
Global IPO exchange activity also continued to pick up in Q4 2019, with 353 IPOs raising US$84.5b, marking an increase of 25 per cent in IPO volumes compared with Q1 2019.
Matthew Benson, MENA Transaction Advisory Services Leader, EY, says, “Both the global market and the MENA market saw activity pick up during Q4 2019 – the trend over multiple quarters indicates a recent slowing down in overall IPO activity, however in the Mena region, this has been driven by the decline in REITs and Nomu listings in Saudi Arabia since 2017 and 2018, and IPO activity has remained broadly stable year-on-year.”
Aramco listing in Saudi Arabia the largest IPO on record
The Saudi Arabia Oil Company (Saudi Aramco) led the IPO activity by issuing 1.5 per cent of its equity shares initially in a deal that raised US$25.6b. The value further increased after the oil giant issued 450m additional shares worth US$3.8b via a green-shoe option, taking the total proceeds to US$29.4b - or 1.7 per cent of its shares. The deal made it, worldwide, the largest IPO on record by proceeds.
Oman lists MPC IPO, loosens foreign investment restrictions
Musandam Power Company (MPC) led the IPO activity in Oman, by issuing 40 per cent of its equity shares on the Muscat Securities Market in a deal that raised US$23.1m in November 2019.
Oman’s Capital Market Authority has approved the first prospectus of Aman REIT, which allows foreign investors to own real estate in the sultanate indirectly. Oman’s new Foreign Capital Investment Law awards investors incentives, privileges, and guarantees, which include 100 per cent foreign ownership, minimal capital requirements, and no fundamental changes in the investment project without ministry approvals.
Kuwait lists the first IPO since 2008
In Kuwait, Boursa Kuwait, formerly known as the Kuwaiti Stock Exchange, raised US$33.0m by issuing 50 per cent of its shares in October 2019. This was the first IPO in Kuwait since Kuwait Telecom Company raised US$98.0m in 2008.
Kuwait is the latest in the GCC market to join Emerging Market status. As it has met all the requirements, reclassification of the MSCI Kuwait Index from Frontier to Emerging Market status will happen as part of the May 2020 Semi-Annual Index Review.
Qatar lists one IPO in 2019, raising US$395.6m
Baladna, a premium branded dairy and beverage company with a dominant market share of the Qatari dairy market, issued its shares on the Qatar Stock Exchange in December 2019, representing 75 per cent of the share capital of the company. It was the only IPO in 2019 on the Qatar Stock Exchange and raised US$395.6m.
Egypt lists the third IPO of the year, calls for the listing of military firms
Tenth of Ramadan for Pharmaceutical Industries and Diagnostic Reagents (Rameda) S.A.E., an Egyptian pharmaceutical company, was the third company to go public on the Egypt Stock Exchange in 2019. Rameda’s IPO was oversubscribed 117 per cent and raised US$108.7m. The other two companies were Fawry, which made its trading debut in Q3 2019 and Speed Medical Company which listed in Q2 2019.
The Egyptian Government has called for the listing of its military firms on the Egyptian Stock Market to increase transparency. This will potentially raise several billion Egyptian pounds as part of the state privatisation plan to raise funds for economic and strategic expansion.
Gregory Hughes, MENA IPO Leader, EY, says, “Until the Saudi Aramco IPO, economic challenges continued to impact investor confidence in the region in 2019. Though the recent MSCI and FTSE inclusions, privatisation drives, and government initiatives from GCC countries and Egypt are promising, both businesses and investors will be proceeding with caution during the first half of 2020.”