Italians try to adapt to restricted life under nationwide lockdown 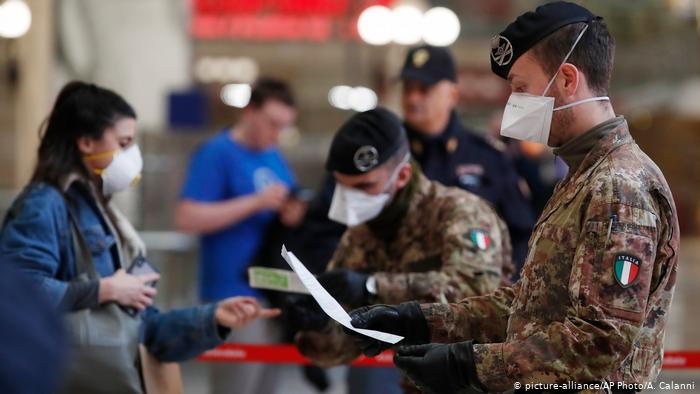 Rome: As the number of COVID-19 cases jumped to 9,172 with 463 deaths, Prime Minister Giuseppe Conte announced late Monday that the whole of Italy will be placed under lockdown from Tuesday until April 3.

In line with the unprecedented measures to contain the highly infectious virus in Europe's worst-affected country, all movements will be restricted across Italy except those justified by three reasons: provable work reason, emergency cases, and health needs.

In Alessandria, a small city in northern Italy, 52-year-old TV professional Antonella Marchini said that "people have started realizing how serious the situation is" since the new restrictions entered into force.

"Many of us had kept living our normal life through the last two weeks, going to gym, to pubs and restaurants... as if the epidemic was a problem for the country, but not really our own problem," she told Xinhua.

"Since yesterday (Sunday), we officially live in a restricted zone, our personal movements must be limited... we are truly growing aware of the situation," she stressed.

This mental transition could be witnessed in many people, including her mother.

"My mother is 72 and healthy, but just recovering from a normal cough... and she has asked me to stop visiting her now, while up to two days ago I had to fight hard to keep her at home as experts were suggesting for elders," she said.

In the same northern city, Elisabetta Cardone, a 53-year-old nurse, said her family had been following all precautions even before the lastest decree.

"Since Sunday, my family and I are halting all social activities," she told Xinhua. "I have two children in their twenties, and for them staying at home and cutting their social exchanges is of course a bigger sacrifice, but they understand the gravity of the situation and they are adapting without problems."

She noted all necessary activities, such as working, providing food, and necessary health checks, were still allowed, but "all of the other things are not essential, so we can leave them for better times."

For Italy's 60 million people, the temporary sacrifice is necessary in the eyes of the experienced nurse.

"This is for the good of all of us, and I warmly welcome the new measures," Cardone said.

"I had been expecting them actually. As a health professional, I have been more in touch with the evolving situation and the increase in infection cases," she said, adding the decision made by the government was the right thing to do.

In the town of Sondrio located in the heart of Lombardy's Valtellina mountain valley, retired cardiologist Alberto Roghi, 76, said he has been restricting his own movements and limiting his contacts with children, relatives, and friends well before any measures were imposed by authorities.

He and his wife are both retired doctors, therefore they were much aware of the risk of contagion.

"With the exception of our two grandchildren who are at pre-school age and stay often with us since their parents both work, we have been quite withdrawn from all of our social contacts," Roghi told Xinhua.

"We have also avoided travels to and from Milan as much as possible, and fully avoided visiting one of our children, who lives in Rome, for the same precautionary reason," he added.

The retired cardiologist believed this epidemic, in more than one way, would change the life of all Italians.

"I do believe there will be a 'before' and an 'after' (the virus)... This epidemic is huge at global level, and it is an epochal event that will most likely modify our lives," he added.