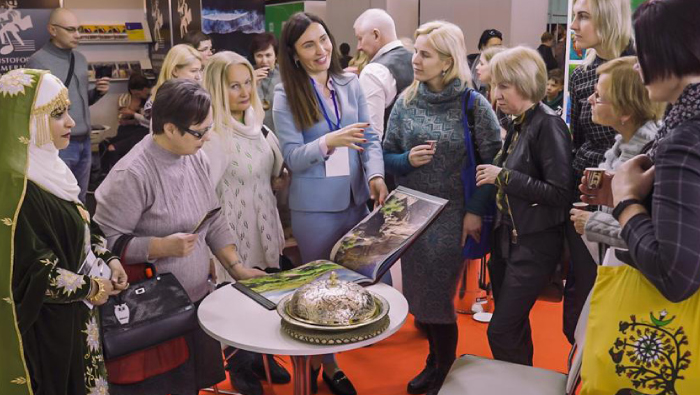 Muscat: The Sultanate, represented by the Ministry of Information, is participating in Vilnius International Book Fair that is being held in Lithuania from February 20 to 23.
This participation aims to highlight various Omani publications, as well as the cultural, historical and literary heritage of the Sultanate, in addition to increasing the activation of cultural communication with various countries of the world.
The Sultanate’s pavilion includes many publications and titles in various literary, art, thought, scientific, historical, and other specialities, in addition to publications in Arabic language and a number of foreign languages, Oman’s Annual book, which will be presented in Arabic and other languages, and pictures to highlight the most prominent cultural and natural landmarks in the Sultanate.
A corner has been dedicated in the Sultanate’s pavilion to screen documentaries to enlighten visitors on the Sultanate’s cultural, heritage and tourism aspects.
On the sidelines of the exhibition, a concert will be held, in which Omani artists from the “Peace Melody Initiative” will take part. Omani musicians will participate in performing some pieces of music in conjunction with the Lithuanian orchestra.