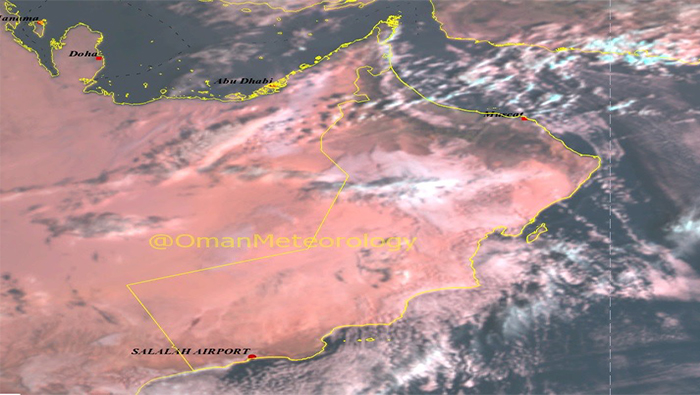 Muscat: There are chances of light and isolated rains due to the flow of high and medium clouds in the northern governorates of the Sultanate, the Public Authority of Civil Aviation ( PACA ), said on Saturday.

In its weather forecast, PACA said, “ High and medium clouds advection over most of the Sultanate with chance of light isolated rain. Chances of late night to early morning low level clouds or fog patches over parts of Oman Sea costs and South Al Sharqiyah, Al Wusta and Dhofar Governorates.”

“The air depression begins on 22nd February which may continue till 23rd February that will lead to isolated rains in the northern governorate. According to the weather map there will be an air depression on Wednesday, February 26th”, an official from PACA informed the Times of Oman.

Low clouds and fog will be present in parts of Al Wusta, Dhofar, and South Al Sharqiyah governorates.