The Sultanate's good relations with others guarantee FDI: SEZAD Chairman 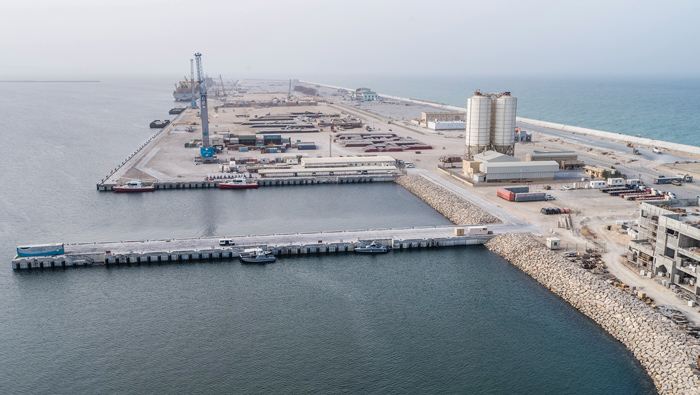 Muscat: Yahya bin Said al-Jabri, Chairman of the Special Economic Zone Authority in Duqm (SEZAD) said that attracting foreign direct investment (FDI) to the Sultanate in general, and SEZD in particular, is based primarily on the good diplomatic relations of the Sultanate with many countries, both bilaterally and multilaterally.

In an interview with Shurufat Almajlis magazine, issued by the State Council, he explained that this matter was obvious during the promotion campaigns carried out by SEZAD in many countries, including the People's Republic of China, South Korea, India, the United States of America, Russia, Brazil, Belgium, France, Britain, and other EU countries.

"We have seen this in the care that we have received in those countries during the bilateral meetings and seminars held with representatives of trade bodies and businessmen to foster the trade and investment cooperation," he added.

He affirmed that this is a result of the approach established by the late Sultan Qaboos Bin Said Bin Taimour and his rational policy in building the state and its modern institutions, moving it forward in all social, economic and cultural aspects and linking it with the international community based on mutual respect and promotion of regional and international peace and security.

As for the achievements made so far regarding the overall operational activities in SEZD, al-Jabri said "Each phase has its own indicators of achievement. SEZAD is about to celebrate its eighth anniversary with many achievements.”

It is worth mentioning that SEZAD was established in 2011 based on the concept of "Greenfield” that should have the needed infrastructure and the economic and commercial activities that significantly impact the macroeconomic indicators.

Today, we can say that the overall system of public facilities and infrastructure has been mostly completed, including various port facilities such as a commercial quay, an oil quay, control gates, storage and handling yards, administrative buildings, dry dock facilities, airport facilities, natural gas pipeline from Saih Nihayda to Duqm, main road networks, power and water production and distribution networks, surface water and flood management system, environmental facilities for the safe disposal of hazardous and non-hazardous household and industrial waste and a fishing port with a fishery complex.

The Authority has also completed the legislative and institutional system for the management, regulation and control of economic activities in SEZD. A number of investment projects have been localised through the private sector or through a partnership between the public and private sectors.

These projects include the development of infrastructure for two industrial cities by Oman Wanfang Company and Duqm Industrial Land, as well as a number of real estate and tourism development projects such as the Labour City Project, the Duqm Waterfront Project, the Little India Project, a number of hotels and commercial, residential and office complexes.

The construction of the Duqm Refinery and the Crude Oil Storage Plant in Ras Markaz has already started, in addition to a number of industrial projects in the field of thermoplastic piping industry, food and fish industries and chemical and cement industries.

As SEZD is gradually developed, we can see that all of the projects mentioned, whether the public facilities, infrastructure or investment projects, motivate the localisation of new investment projects in tourism development, logistics, petrochemicals and industries based on minerals found around Al Wusta Governorate". The SEZAD Chairman elaborated on the investment incentives dedicated for the investors and his future vision of SEZD's long-term investments.

He said that SEZD provides investment incentives for investment projects to increase its competitiveness with other investment destinations in the region and in the Arab World, and to maximise the economic feasibility of these projects.

"Oman enjoys a number of competitive advantages such as the political stability, the stable macroeconomic system, the strategic location along the Arabian Sea, the availability of modern public facilities such as a port, an airport and a road network, advanced infrastructure services such as electricity and water, a safe natural gas supply and reliable regulatory environment that is transparent and easy to access by both local and foreign investors.