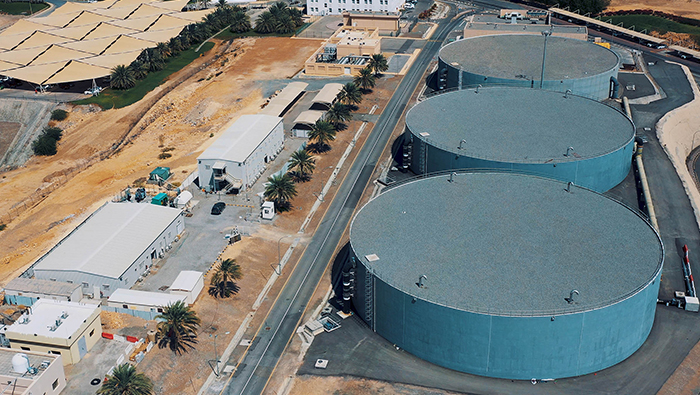 Muscat: In line with Oman’s increasing focus on enabling public private partnerships, Haya Water is preparing to launch its first Public Private Partnership (PPP) project in 2020 for a sewage treatment plant and associated infrastructure.
Mid of 2019, Haya Water had signed a contract with KPMG for “preparing and implementing the PPP framework” for Haya Water’s wastewater projects. According to the release of the Oman PPP Law, the newly established Public Authority for Partnerships and Privatisation (PAPP) has approved the feasibility study for the project, thus clearing the way for the procurement process. This project is expected to be one of the first Sewage Treatment Plant (STP) projects in the Sultanate of Oman to be procured under the Oman PPP Law which was published in 2019.
The proposed PPP Project package would include the design, financing, construction and operation of the Misfah Sewage Treatment Plant (STP) in the Wilayat of Bausher with an average daily sewage treatment capacity of 40,000 m3/day and the design, finance and build of a 18km pipeline from the proposed Misfah STP to the existing STP at Al Ansab for the off-take of the Treated Effluent (TE). Located in the Al Misfah area, along the Ansab - Murayat road and in close vicinity to the Oman Cement Company plant, the Misfah STP is expected to divert all the tanker traffic currently served by the Al Ansab STP. Haya Water would be offtaker for the TE.
In line with the successful track record of utility procurements in Oman, the Misfah STP PPP package shall be procured through a two-stage competitive process, commencing with the release of the Request for Qualification (RFQ), to be issued in Q1 2020 followed by a Request for Proposal (RFP), which is expected to be issued by Q2 2020. The Scheduled Commercial Operation Date (SCOD) of the plant is expected to be in Q4 2023.
This PPP package is the first of several other STPs that are being considered by Haya Water to be procured on a PPP basis to support its initiative to achieve 80 per cent of Muscat governorate connectivity goal and consequently expand the reach of wastewater services across Oman expect Dhofar. In addition to STPs, Haya Water is also evaluating deeper partnerships with experienced private sector developers in other parts of the wastewater value chain including network expansions, transmission lines, and sludge disposal solutions among others.