The late Sultan Qaboos – a teacher of humanity, a leader of change 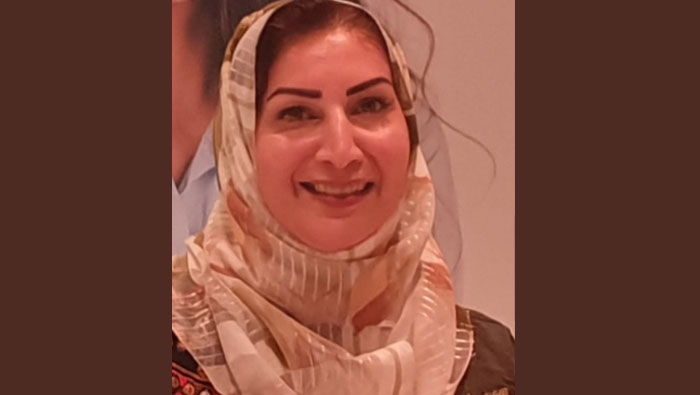 Life is about people. Leaders understand that leadership is not about themselves, but the ability to transform others. This is specifically, true to a visionary leader is that who sees the potential of how the world should exist, and takes brave steps to transform his vision into a reality. Those legendary leaders show us how harnessing positive energy towards a meaningful cause has ever-lasting effects.
**media[1096650]**
As a change practitioner and a trainer in transition, for years I speak of, teach, and constantly strive to learn and explore every case and example regarding effective change management and transformational leadership. Little did I know, only a few days back, myself, my country, Oman, and the world as a whole will come to witness, experience, and be touched in every possible way with every aspect that comes with change: the denial, the pain, the confusion, and all the uncertainties surrounding change.

On the other hand, I have also witnessed and experienced - as the world did - how a true visionary leader prepares his people for change and sets the ground for what we call in the field of change management a ‘smooth transition’. A transition on the level of not just the country, but the specific individual.

His Majesty Sultan Qaboos bin Said bin Taimur, the late Sultan of Oman – may his soul rest in peace – ruled Oman for almost half a century, and is a leader who transformed the lives of many nationals and residents of Oman, and countries around the world. His Majesty Sultan Qaboos’ leadership message revolved around the core principles of compassion, dedication, and serving others. His first address to the people of Oman on the day of his accession, July 23rd, 1970 was a true translation of what it means to serve others, while making sure they take part in shaping their own future together with their leader:

“My people, I will proceed as quickly as possible to transform your life into a prosperous one with a bright future. Every one of you must play his part towards this goal. Our country in the past was famous and strong. If we work in unity and co-operation, we will regenerate that glorious past and we will take a respectable place in the world”.

A true leader’s understanding is of the mind set to prepare for and create change. During times of change, one of the leader’s most important responsibilities is to communicate as early and as often as possible the vision for change. In preparing for change, His Majesty’s address to the people took place before coming to the capital Muscat, and he created the connection with his people by preparing them mentally, as well as informing and involving them of the expectations of his future vision for the country.

A true leader walks the talk, after his majesty took over on July 23rd, 1970, the first government budget was announced in 1971, and the First Five-Year Plan was initiated in 1976. The aim of the first plan was to establish the country’s essential infrastructure, followed by the 2nd Five Year Plan, which aimed to complete the infrastructure that was needed to raise the standard of living of the Omani people, and of a modern economy, as his majesty promised the nation in his first address to them.

That reflects a leader’s true understanding of what managing change is all about, and how to prepare for, as well as take the initial steps in change implementation. Twenty-seven years later in an interview with Foreign Affairs, the His Majesty Sultan Qaboos stated:

“I had promised on the first day of my rule to create a modern government. But I knew that change had to be entered into slowly, very slowly, so that people will understand what we were talking about”.

The late His Majesty’s clear understanding that fostering change is not something that can be accomplished overnight, but one which starts with helping people be ready for change by making it infiltrate through daily decisions. In order to continue and sustain change, the 9th Five Year Plan focused on five promising sectors that will contribute to the diversification of the country’s economy: transformational industries, logistics services, fisheries and mining.

His Majesty clearly understood that with change comes challenge, and in order for the country to continue to prosper, it was vital once again to bring together all those involved and affected by the change to take an active role in the preparing, planning and most importantly, helping each other to further develop.

As mentioned in my opening, leaders understand that leadership is not about themselves, but the ability to transform others. His Majesty Sultan Qaboos’ Royal directives in 2013 went towards preparing Oman Vision 2040, a strategy put together in relevance to the country’s socio-economic context, as a guide and reference to plan future activities based on national requirements, as well as regional and global changes. In a clear statement from his Majesty:

“The vision should absorb the economic and social reality and objectively outlook the future, to be recognized as a guide and key reference for planning activities in the next two decades”.

The future vision was once again formulated based on input from Omani individuals, businesses and stakeholders representing all facets of Omani society. However, this time, chaired by our current Sultan, His Majesty Sultan Haitham bin Tariq bin Taimur, the former Minister of Heritage and Culture, and prior to that The Undersecretary for Ministry of Foreign Affairs, will sustain Oman’s future by carrying forward the essence of the country’s culture and heritage, as well as its relation and strong connections with the outside world.

Visionary leaders not only prepare for leading the change but smoothen the transition towards helping future leaders lead change. In articulating His Majesty’s vision, he wore the hat of a global leader who genuinely cared about the well-being of his people, the country, and its relationship with the world. This was clearly communicated in his 2007 address stating:

“We work for construction and development at home, and for friendship and peace, justice and harmony, coexistence and understanding, and positive constructive dialogue abroad...that is how we began, that is how we are today, and that, with God’s permission, is how we shall continue to be”.

Your late Majesty, our beloved father Sultan Qaboos bin Taimur, may your soul rest in peace, happiness, and the assurance that your people will continue your journey under the wise ruling of Your Majesty’s chosen successor. I congratulate myself for having shared memorable years with a true legendary leader.

Thank you for all you have done for humanity.