The life and times of late His Majesty Sultan Qaboos 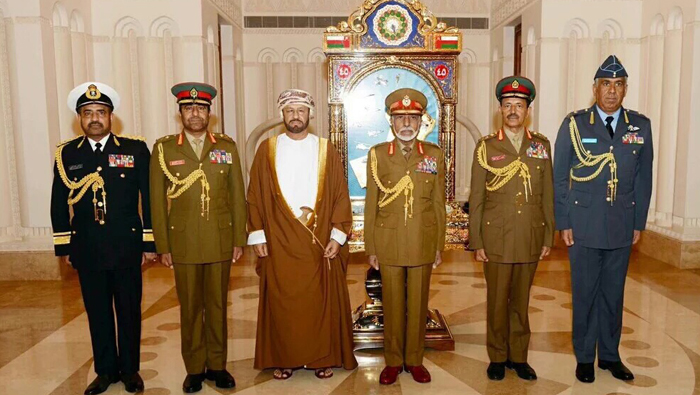 At an early age, His Majesty the Sultan received education from specialists in Arabic language and religious principles. His Majesty The Sultan had his primary education at Al Saidiya School in Salalah. In September 1958, his father HM Sultan Said bin Taimur sent him to England to receive education for two years at a private education institution.

In 1960, His Majesty joined the Royal Military Academy Sandhurst, as officer cadet where he spent two years during which he studied military sciences and graduated with the rank of Second Lieutenant. Later, he joined one of the British brigades operating in Western Germany.

Then, His Majesty travelled to Britain and studied for two years in the field of local rule system and completed specialised sessions in management affairs. Then his father HM Sultan Said bin Taimur arranged for him a tour around the world which took three months following which His Majesty returned in 1964 to settle in Salalah, Oman.

Subsequently for the next six years, His Majesty devoted his time to study Islamic religion and related history and culture of Oman and Omani people.

In one of his royal speeches, His Majesty said, “My father insisted that I study Islamic religion and the history and culture of Oman which had an immense impact on increasing my awareness with my responsibilities towards my people and the international community. I also got an opportunity to study in western countries, got military training and had the opportunity to study the political and philosophical writings of several famous scholars worldwide.”

His Majesty’s Sultan Qaboos Encyclopedia for Arabic Names is a tip of an iceberg for such cultural projects. This is in addition to His Majesty’s support for the competitions and projects of the memorisation of the Holy Quran in the Sultanate as well as in Arab countries, the support of universities and scientific centre in the Arab countries and worldwide.

This is in addition to His Majesty Sultan Qaboos Prize for Environmental Preservation, awarded every two years through the UNESCO, among other projects and initiatives.

His Majesty Sultan Qaboos played a vital role in the field of peace and called for dialogue for peaceful solutions to crisis, which led to the settlement of several issues in the region during his reign.

His Majesty The Sultan also accorded due care and attention in the fields of education, health, human resources and social spheres among other things. July 23, 1970, the Blessed Renaissance Day represented a turning point in the lives of citizens, society and the state and marked the start of building of Oman as a modern state.