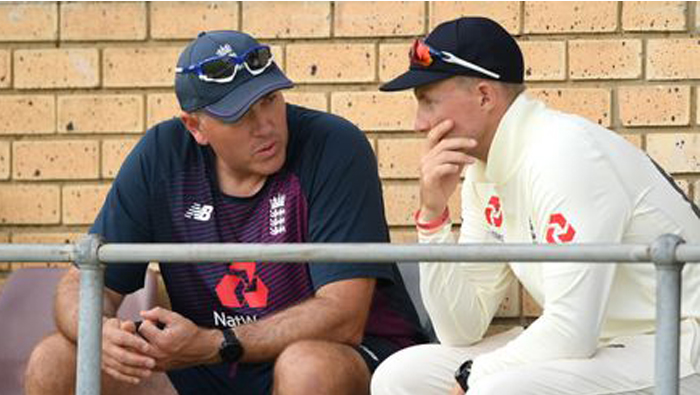 Centurion: Head coach Chris Silverwood has admitted that England will not think twice about making changes to their XI for the second Test against South Africa, if the pitch demands them.
A 107-run defeat in the series-opening Boxing Day Test in Centurion has once again spelled out England’s red-ball troubles. An outbreak of illness within the squad that laid low 10 people at various times has only compounded matters, with Dominic Sibley joining the long list of players to have been afflicted.
With Jack Leach now having regained fitness, England will have to reassess their bowling combination for the next Test. If they do decide to play a spinner after going for an all-seam attack in the first, then one of the veterans – Stuart Broad or James Anderson – is likely to be dropped.
The Broad-Anderson pair has been one of England’s most prolific bowling partnerships, but nostalgia has no place in Silverwood’s England, who want to concentrate on building a team for the future.
“In Jimmy [Anderson] and Stu [Broad], we have a wealth of experience and we’d be really stupid not to take that into consideration every game,” Silverwood said.
“But, equally, you want your youngsters to come through, and if we’re going to make room for a spinner, we’ve got to have a look at which seamers are right for this pitch. If there’s a big decision, we’re not afraid to make it.”
The Newlands pitch is one of the few in the country that assists spin bowling, and Silverwood was well aware of that fact. “We’ve got to look at playing a spinner at Newlands,” he said.
“We’ll go down there and do what we always do — look through the records, what features where, and who is going to have most impact on that game. We’ll do our homework and go from there.”
England Test captain Joe Root also echoed these sentiments ahead of the second Test. “It’s a fine balance. You’ve got to look at the surface and at an attack you feel is best going to counter that and best counter the opposition,” he said. “I think the ideal scenario is to have people pushing them [Anderson and Broad] all the time, so that they’re constantly trying to improve themselves. They’ve got fantastic records behind them and they’ve produced fantastic things for England in the very recent past.
“You don’t want to wish those guys away or look back and think, ‘we’ve forced Jimmy Anderson out.”
Despite the sombre mood in the English camp, Silverwood said that illness and adversity have made his team stronger and let the players come closer.
“I think there’s some aspects from this Test that have galvanised us,” he said. “We’ve seen a lot of character, a lot of guts and a lot of bravery from a few of the guys that have been poorly but have got themselves out there, got themselves up for it and shown a lot of fight. I’m proud of the guys in that respect.”
The second Test of the four-match series begins on Friday, 3 January.