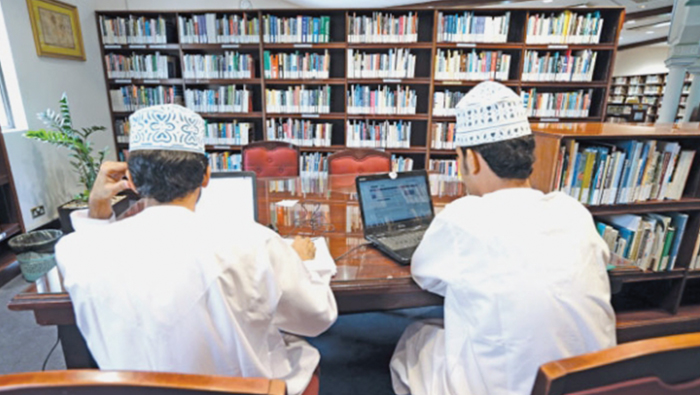 Muscat: Oman’s Ministry of Commerce and Industry has launched an initiative to increase the Omanisation rates in small and medium enterprises (SMEs), so as to provide more employment opportunities to locals in the country.
“We want all industries to achieve 35 per cent target,” Sami Al Sahib, Director General of Industry under the Ministry of Commerce and Industry, told Times of Oman.
The news came after a meeting involving representatives from the public and private sectors with all parties present agreeing to this target.
“A meeting was held between the public sector and the private sector, and this included representatives from large companies also,” explained Sami Al Sahib.
The Ministry is working hand in hand with representatives of industry to achieve the Omanisation target for the industry which has to be 35 per cent, but it is also looking after companies that cannot reach the Omanisation target.
“The Ministry is working with companies to develop Omanisation, we don’t want to harm factories because high cost of work force will affect the overall performance plan. More labour pool involves high costs to companies that eat into their profits. So all aspects of workforce and labour need are to be considered to reach any decision,” he said.
“We are proud that many industries have reached more than 35 per cent Omanisation target. We work with industries to help them reach the 35 per cent target and we don’t mind if some companies have less than 35 per cent target. If they have a proper plan to increase the percentage or have some problem preventing them from reaching the target,” he said.
“We agreed on the decision and have passed the Omanisation rate respecting the wishes of all parties present to give them an opportunity for companies to achieve 33 per cent Omanisation target. After which follow up inspections will be conducted by the specialised teams and then the companies will be required to increase the quota to 35 per cent.”
The meeting of the private and public sector bodies was due to the formation of the Board of Directors of the National Employment Centre (NEC), which was set up to create employment for Omani nationals, beginning from January 2020. The private sector represents 50 per cent of the board of this NEC.
In this context, Al Saheb added, “We, as a concerned ministry, have set out during 2019 the powers, tasks and goals of the technical team supervising the companies’ efforts in achieving the required Omanisation percentage. These guidelines will help the team in imposing recognised decisions and ensure all companies respect and abide by these rules. If needed, they also know what actions to take from a legal perspective for those companies that don’t follow the rules. This is an important step for those companies in the industrial sector.”
“The executive plan of the team will start at the beginning of January 2020, by setting up awareness and guidance plans and programmes and recognising the interests, powers, goals and duties of the team as well as the duties of companies in providing operational opportunities for national employment and replacing foreign workers with nationals, so that they can achieve the approved percentage of Omanisation, which is 35 per cent.”
According to a statement by Riyada, “There were 18,579 SMEs in Oman in 2015, which rose to 25,692 in 2016, 31,836 in 2017, 37,289 in 2018, and 40,326 by July 2019.”
Over 3,000 new official SMEs entered the market between 2018 and the end of July, 2019, bringing the grand total of SMEs operating in Oman to over 40,000, according to the Public Authority for SME Development (Riyada).