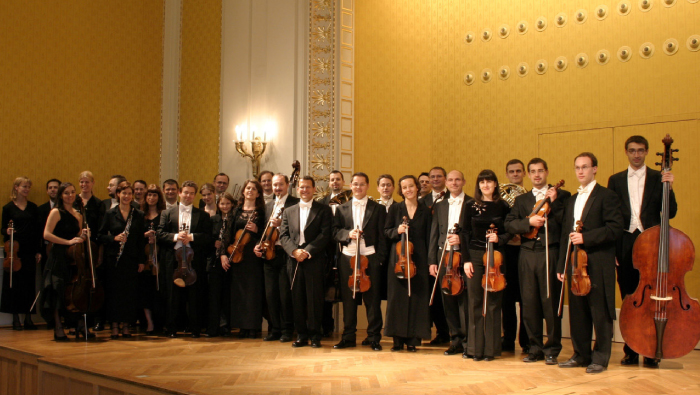 Muscat: Before this year ends the Royal Opera House Muscat (ROHM) is ready to treat the citizens and residents with two culturally enriching concerts.
The Vienna Players will perform at the ROHM on Monday, December 30 at 7:00 pm and Tuesday, December 31 at 6:30 pm.
The concerts will be conducted by the renowned musician Martin Kerschbaum who founded the Vienna Classical Players and conducts the Vienna Symphony Orchestra.
The concert features the special participation of Martin Breinschmid, vibraphone player, drummer and percussionist.
Each concert will have a different programme covering a range of wonderful waltzes, polkas and music, with selections from the elder Johann Strauss and his sons Johann, Josef and Eduard, as well as from Franz Lehar, Leroy Anderson, Karl Michael Ziehrer and Johann Schrammel.
Among the many celebrated pieces to be enjoyed by the ROHM audiences are five rousing polkas including Johann Strauss II’s famous Tik-tak Polka; the fast-paced quadrille from Bizet’s opera Carmen; the enthralling overture from the operetta, Die Fledermaus (The Bat) by Johann Strauss II; and, Leroy Anderson’s amusing orchestral work, The Typewriter. The dances will be beautifully performed by four couples from the Weiner Staatsballett.
This elegant waltz and its beautiful music are synonymous with the name Strauss, stemming from the works of Johann Strauss, and his most famous son, Johann Straus II, whose work played a leading role in Viennese music throughout the nineteenth century. Heirs to the fine traditions of Viennese music including its graceful waltzes, the Vienna Classical Players evoke the joyful elegance of the Viennese traditions wherever they perform.