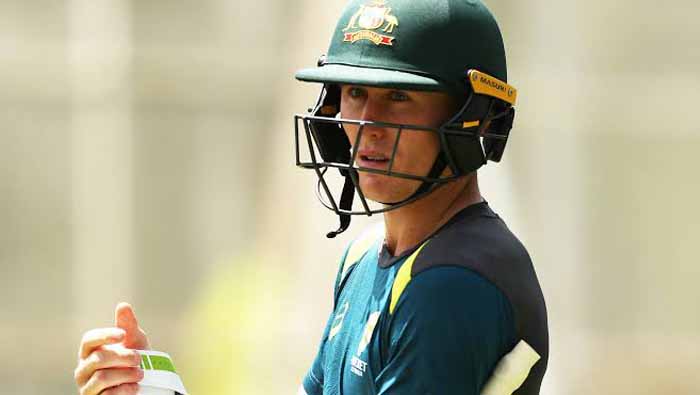 New Delhi: Marnus Labuschagne's red-hot Test form has earned him a maiden one-day international call-up, as he was named in Australia's 14-man squad for the three-match series against India in January next year.

Australia made seven changes to the squad that featured in this year's ICC Men's Cricket World Cup. That is in addition to changes in the support staff, as assistant coach Andrew McDonald is set to take over as head coach for the series, with Justin Langer taking rest.

Among the notable exclusions was that of Glenn Maxwell, who took a short break from cricket due to mental health issues in October. The all-rounder recently returned to T20 cricket after a six-week break and will feature in this year's Big Bash League, which starts on Tuesday, 17 December. However, despite being available for selection, he found no place in the national side for the India tour.

The uncapped Labuschagne averaged over 60 with the bat in the One-Day Cup, Australia's domestic 50-over competition, this season. This year, he has featured in 10 Tests, scoring 1,022 runs at 68.13. He also made three back-to-back hundreds at home, and has risen to No.5 in the MRF Tyres ICC Men's Test Rankings for Batting.

The seven players to miss out from the World Cup squad are Usman Khawaja, Shaun Marsh, Nathan Coulter-Nile, Maxwell, Marcus Stoinis and Nathan Lyon, while paceman Jason Behrendorff is unavailable due to injury.

Other inclusions to the squad include Peter Handscomb, who would double up as a back-up 'keeper if needed, Ashton Agar, Ashton Turner, and Sean Abbott, who earned a surprise recall. Josh Hazlewood, who has been ruled out of the Boxing Day Test against New Zealand with a hamstring injury, has also been named.

Reflecting on the squad, chief national selector Trevor Hohns said: "The performance of the top order at home through the T20 series [against Sri Lanka and Pakistan] was very strong, so we look for that to continue in the Indian ODI series. We also believe Marnus Labuschagne is ready for his international white-ball debut after his strong form for Queensland in this form of the game.

"Ashton Turner has proven himself in India with his ability to adapt to local conditions, as did Peter Handscomb, who joined the squad at the most recent World Cup.

"In terms of the bowling group, we are sticking with combinations that are performing well. Sean Abbott and Kane Richardson are in the squad following the successful T20 campaign. Adam Zampa and his growing combination with Agar is also something the selectors want to see more of, while Nathan Lyon remains in the one-day squad selection frame."

Australia will take on India in three ODIs, in Mumbai, Rajkot and Bengaluru on January 14, 17 and 19 respectively.