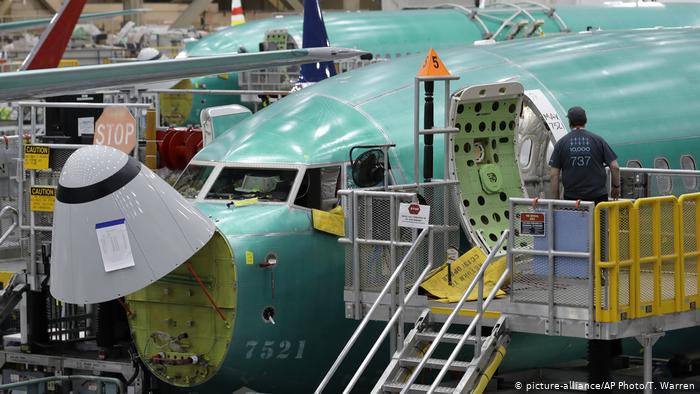 Boeing will halt production of the 737 MAX aircraft in January following two fatal crashes within five months, the company announced on Monday.

"Throughout the grounding of the 737 MAX, Boeing has continued to build new airplanes and there are now approximately 400 airplanes in storage," the aircraft manufacturer said in a statement.

"As a result of this ongoing evaluation, we have decided to prioritize the delivery of stored aircraft and temporarily suspend production on the 737 program beginning next month."

The 737 MAX is manufactured at a plant in near Seattle in the US that employs 12,000 people. Boeing has guaranteed that no employees will lose their job though some will be relocated or given new work.

Hundreds of aircrafts were grounded earlier in 2019 after deadly accidents in Indonesia and Ethiopia killed 346 people within five months during 2018 and 2019. Boeing is currently struggling to get approval from regulators to put the aircraft back in the air.

Boeing's board hopes to regain some of the major losses that the ongoing aircraft issues have incurred. The company has lost over $9 billion (€8.1 billion) through repayments and loss in sales since the grounding.

Boeing continued to manufacture 42 new 737 MAX airplanes every month until now, despite the grounding regulations meaning that sales were impossible.

The decision comes less than a week after the Federal Aviation Administration (FAA) said they would not approve the plane's return to service until 2020.

"We have a number of milestones yet to complete," Steve Dickson, administrator of the FAA, told the US House transportation committee earlier in December.

The halt in production is the first of its kind in 20 years for Boeing.