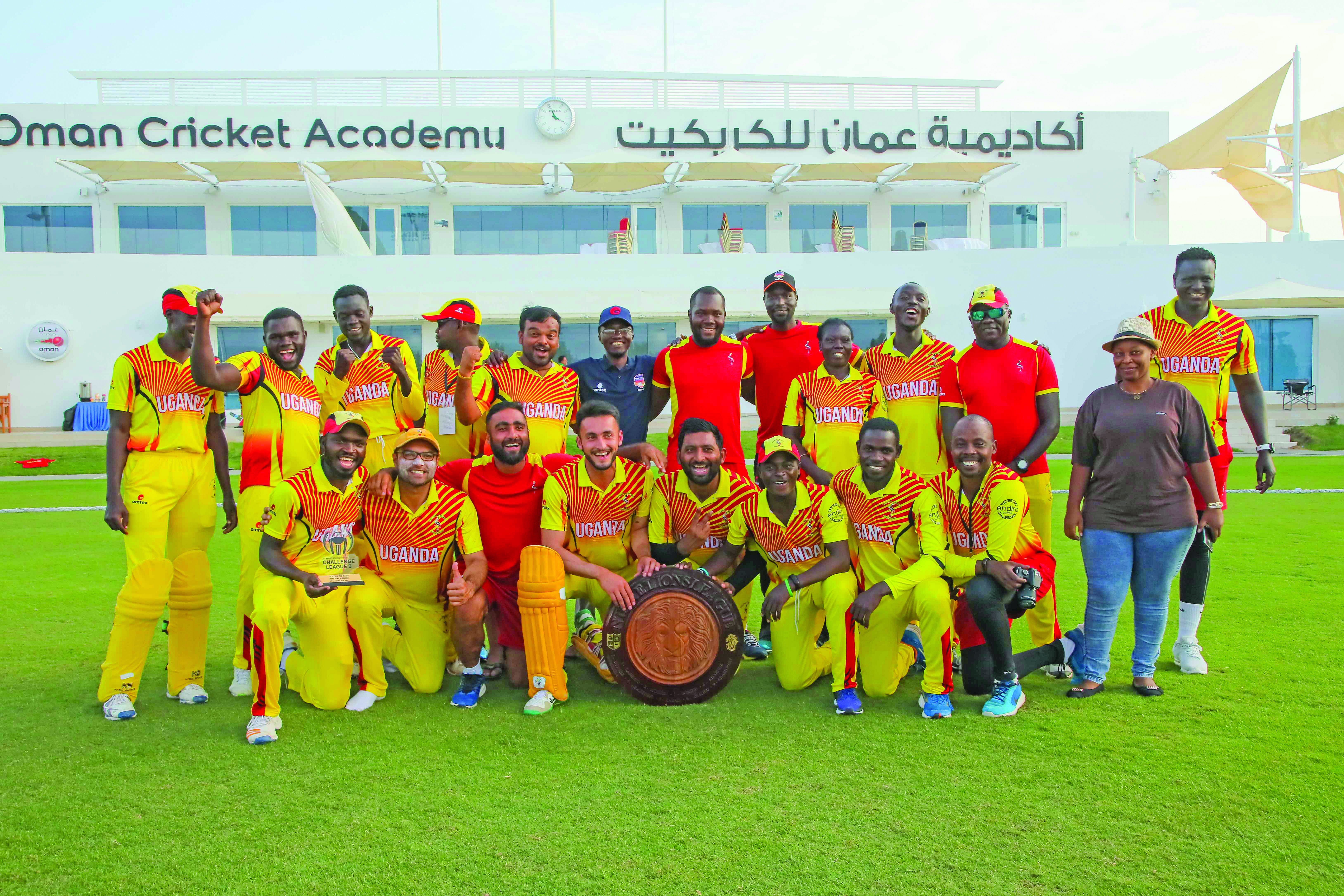 MUSCAT: Uganda finished the opening round of the ICC Cricket World Cup Challenge League B campaign with five wins out of five, beating second-placed Hong Kong by 6 wickets in its final game of the six-nation tournament here in Amerat.

Uganda ended up on top with 10 points followed by Hong Kong’s 7 and Italy’s 5 from 5 games each. The two-week long tournament was the first of three such round robin series which will form one half of the Challenge League as part of the long drawn out qualification process.

Hong Kong defeated Kenya by 3 wickets the next day to seal the second spot.

The teams not only used top class training and practice facilicities at Oman Cricket Academy (OCA) but also seemed to enjoy excellent weather conditions for the game of cricket.

Continuing its outstanding form, Uganda dismissed Hong Kong for a meagre 147 in the 48th over thanks to another superb spell by its leading wicket-taker Bilal Hassun who claimed 3 for 33 and Richard Agamiire’s 2 for 26.

Uganda overahauled the modest target in 36.2 overs, scoring 150 for 4. Arnold Otwani struck magnificent 66 not out while Dinesh Nakrani scored brilliant 57 not out to lead the way.