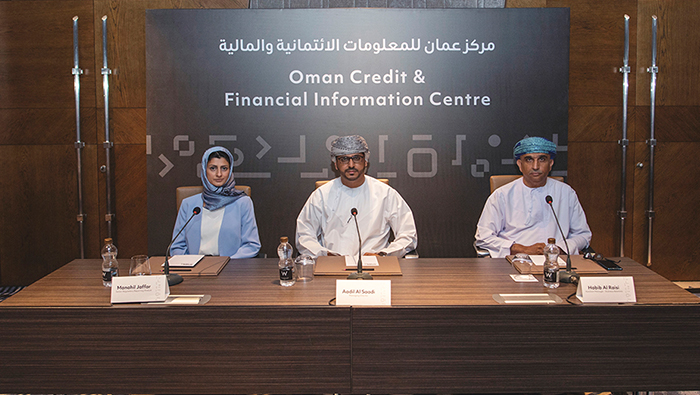 Muscat: Oman’s first National Databank was inaugurated at a spectacular event under the brand — Mala’a — at an event which was attended by senior officials from the Central Bank of Oman (CBO), government entities, and CEO’s of financial, telecom and insurance sectors on Tuesday.
The data bank centre was established by a Royal Decree, to empower access to credit, financial inclusion and SME development.
Mala’a will serve the growing demand for timely access to credit and financial data for enhanced decision making and credit assessment.
The centre is technology-enabled by world-class, scalable data-modelling engines and credit bureau platforms.
Initially, Mala’a’s operations will start with credit risk and scoring for consumers and corporates assessment, later move onto expanding its scope to other services such as mobile lending platforms, instant decisioning module, data analysis and Fintech innovations.
“Our new identity signals our clear purpose: Unlocking value from data is ultimately for adding value to the Omani’ Society,” said Aadil Al Saadi, Managing Director of Mala’a.
“We will enable businesses and their aspirations by equipping them to make superior financial decisions. Such a vision can only be achieved by facilitating access to accurate, timely and reliable information through the Mala’a’s digital secured channels,” he added.
In terms of branding, Al Saadi said: “The Mala’a brand which means ‘creditworthiness’, (financial solvency in Arabic), represents its ambitious vision as a game-changer to the classical credit bureau by re-inventing the business model of credit bureau to cover multiple sectors and integrate public registries and financial data as well.”
This innovative business model has been appraised by the World Bank and Arab Monterey Fund for its futuristic holistic approach.
Mala’a will also effectively service customers in new ways to drive greater financial inclusion. The Centre will empower corporates and consumers to have control over their data through several self-service channels such as the mobile app and online platform available in both Arabic and English.