World's biggest diamond to be auctioned in London next month 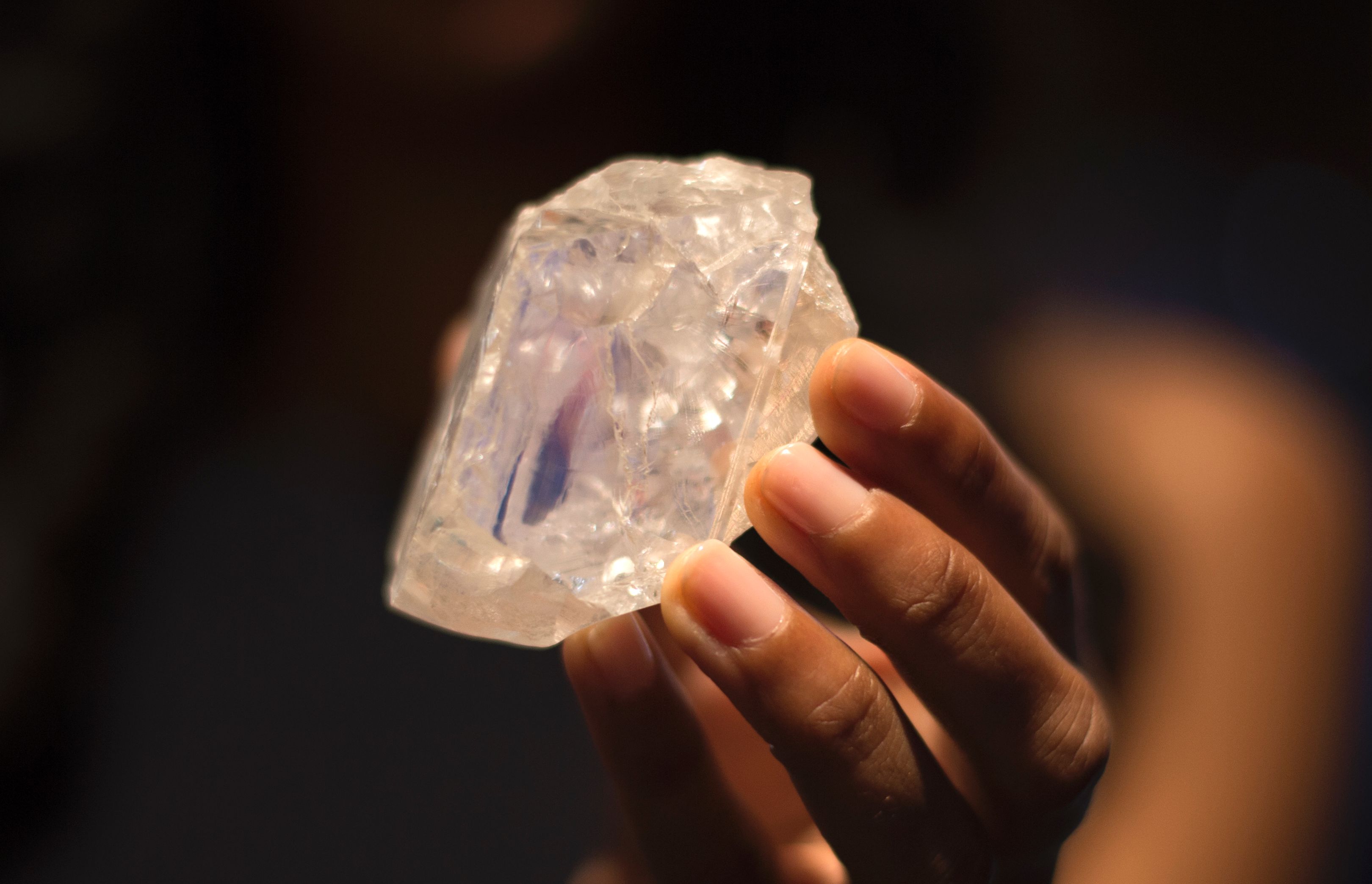 New York: "Lesedi la Rona," the largest gem-quality rough diamond discovered in more than 100 years, will be auctioned in London next month and is expected to sell for $70 million, international auction house Sotheby's said on Wednesday.
Ahead of the auction on June 29, the 1,190-carat diamond, its name in Botswana's Tswana language translates as "Our Light," was on display at Sotheby's New York headquarters. David Bennett, worldwide chairman of Sotheby's jewellery division, said the size of the Lesedi la Rona amazed experts.
"It really just soared off the scale of rare into something just, one off, it's just unique," he said.
Unearthed in Botswana in November 2015 by Canadian mining company Lucara Diamond Corp., the gigantic gem is about the size of a tennis ball and is believed to be between 2.5 billion to more than three billion years old.
The Lesedi La Rona's color and transparency are typical of a rare and coveted subgroup called Type IIa diamonds, according to a study by the Gemological Institute of America.
Bennett said it was second only in size to the Cullinan Diamond, which was discovered in 1905 in South Africa and weighed more than 3,000 carats.
The Cullinan Diamond was later cut into several smaller stones.
The reputation of diamonds mined in Africa has been tarnished in recent decades by rebels in strife-torn countries who forced people to mine them and then sold the so-called "blood diamonds" to raise money to buy arms.
But the Kimberley Process Certification System, a United Nations-backed programme that was set up in 2002 following devastating civil wars in Angola, Sierra Leone and Liberia, has made trafficking in conflict diamonds much more difficult.
Sotheby's said independent reports by experts showed the Lesedi la Rona could have the potential to yield the largest, top-quality diamond ever seen once it has been cut and polished.
"It's worthwhile for people to come and look at it because you probably won't be seeing it again in two or three year's time," Bennett said.
"It may very well be cut up into all these wonderful famous stones."