His Majesty bids farewell to US Ambassador 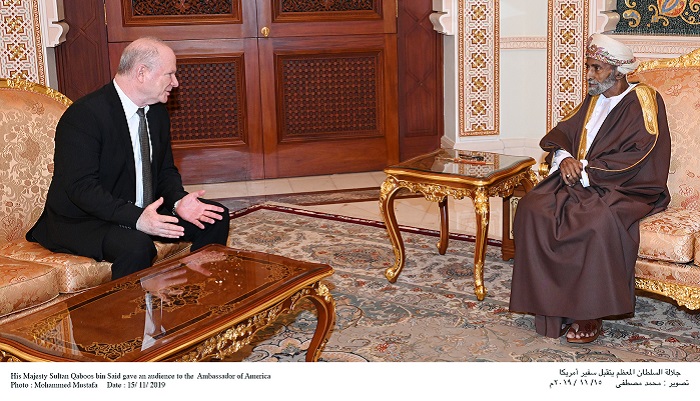 MUSCAT: His Majesty Sultan Qaboos bin Said received at Bait al Baraka on Thursday Marc J Sievers, US Ambassador to the Sultanate, who called on His Majesty to bid him farewell as he completes his tenure in the Sultanate.

The Ambassador thanked His Majesty the Sultan for the support he received while performing his duties to enhance the friendly relations between the two countries. He also wished His Majesty good health and happiness and the Omani people further progress and prosperity.

His Majesty thanked the envoy for his efforts to enhance the good relations between the two countries and wished him success in his future tasks. The meeting was attended by Yusuf bin Alawi bin Abdallah, Minister Responsible for Foreign Affairs. -- ONA