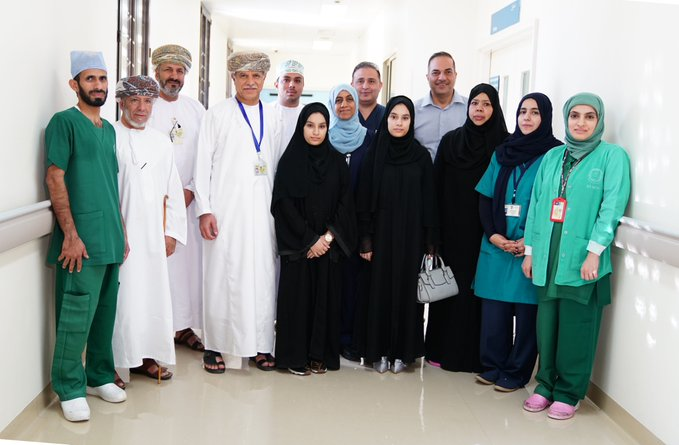 Muscat: A medical team at Sultan Qaboos University Hospital managed to replace the leg bone of an 18-year-old patient using 3D printing technology to form bone with a mixture of biodegradable synthetic materials.

This rare surgery is considered the fourth out of six surgeries that have been carried out worldwide. Two surgeries were previously carried out in Oman, three in Germany and one in Australia.

The operation was conducted by a medical team lead by Dr. Sultan bin Mohammed Al-Maskari, Senior Consultant and Head of the Orthopedic Unit at the SQUH and a medical team composed of Dr. Mohammed Al-Mutani, Dr. Ayman Al-Amri, Dr. Ahmed Yassin, Dr. Rahil Muzaffar, an anesthesia team and a team specialized in nursing and physiotherapy.

Such operations are capable of expanding horizons in the local medical field by allowing medical staff to use 3D printing technology to compose prosthetics or fill gaps that may have occurred as a result of birth defects, accidents or illnesses and diseases such as cancer.