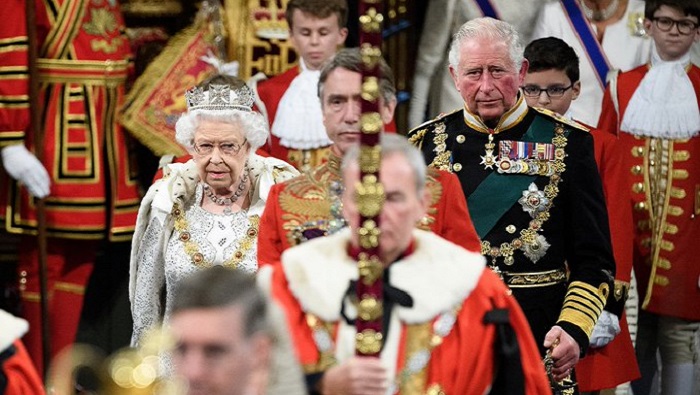 London: British Queen Elizabeth II opened a new session of the British parliament Monday in a ceremony packed with pomp and ceremony.

The traditional Queen's Speech by the monarch, outlining the Conservative government's proposals, came under attack from opposition politicians who described it as an election manifesto.

The Queen opened her speech by saying the government's priority has always been to secure the United Kingdom's departure from the European Union on 31 October.

The Queen said the government wants a new partnership with the European Union, based on free trade and friendly cooperation.

She said EU citizens living in Britain will be able to stay in the country. An immigration bill, ending free movement, will also be introduced for a fair and modern system, the monarch added.

The Queen listed over 20 bills, a third of them allowing Britain to seize the opportunities that Brexit will present once Britain has left the bloc. New bills will cover a range of issues from crime and punishment, climate issues and care for the elderly.

She added that as Britain leaves the EU, it will continue to play a leading role in global affairs, and defence spending of 2 per cent of the country's GDP will be maintained.

Although the monarch delivers the speech, it is written by the government.

As the traditional centuries old ceremony took place, Brexit Secretary Stephen Barclay was in Brussels negotiating with European Union officials in the hope of finding a deal to enable Britain to leave the bloc at the end of this month.

Later Monday, politicians in both the House of Commons and the House of Lords start the task of debating the contents of the speech, with a vote taking place at the end of this week by MPs.

Opposition MPs have already threatened to defeat the speech's contents when the vote takes place.

The speech came in what has been described as a crucial week in British politics which will conclude with the first Saturday sitting of the House of Commons in more than 40 years.

Later this week, Prime Minister Boris Johnson heads to Brussels for a two-day meeting of the EU Council. He will learn at that meeting whether a potential Brexit deal has been agreed to put before British MPs at the Saturday sitting.