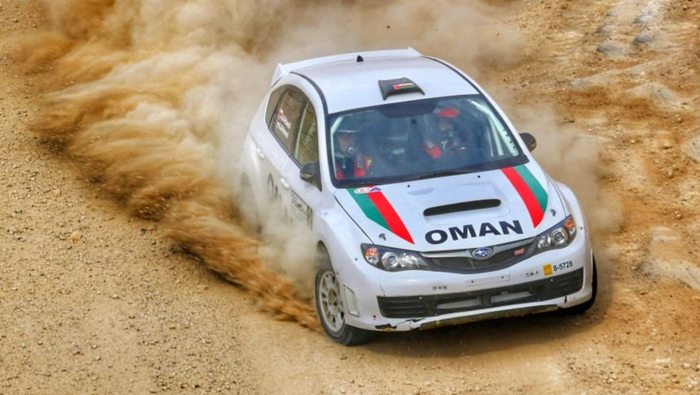 Muscat: Omani racer Abdullah Al Rawahi added another sporting achievement to the Omani motorsports, at the level of Arab states, by winning the title of Jordan National Rally championship 2019, after completing successfully the fifth & final round of the championship, which took place at the Dead Sea region of Jordan.

At the wheel of Subaru Impreza (N 14) with navigator Atta Hammoud, Abdullah completed the six stages of the rally passing by Rama, Bahath and Baptasem areas twice, in 51 min and 8 seconds for a total distance of 193 KM, while the Jordanian racer Salama Al Gamaz finished second and the Jordanian Yusef Al Asmer took third place.

Al Rawahi and navigator Atta Hamoud had put in a flawless performance over all of the stages of the rally in their Subaru Impreza. Al Rawahi led the first three stages in Rama, Bahath and Baptasim with subtle difference from the Jordanian Khalid Juma, who won the fourth stage.

Al Rawahi came back to win round 5 and 6 to finish the race winning the title of the rally. With 4 minutes difference from the winner of the second place Salam Al Gammas and navigator Faisal Al Gammas.

Winning this title, Abdullah Al Rawahi have collocated the highest number of points in the rounds of this year, which enabled him to win the championship of Jordan Rally this year to be the first Oman and GCC racer to win the title in Jordan since the inauguration of this championship before nearly 45 years. After receiving the prize of the first place, the racer Abdullah Al Rawahi commented that the rally was tough in all stages with a strong competition from the rest of the Jordanian racers.

“We have some technical issues with the car but the technical team managed to carry out all of the repairs required within the allocated maintenance periods and we completed the rally to the end at the same pace,” said Abdullah.

Al Rawahi added: "Winning this champion is an honor, and a gift to all Omani people, thankfully this season was very fruitful especially in Jordan and we hope that this will strengthen our participation abroad next year in other competitions and wider championships. However, we need the support of both government and the private sector. I would like to thank everyone that supported us in our journey this year in all local and international competitions, hoping that we have the chance to add more titles next year.”