Emerging markets should go for the gold 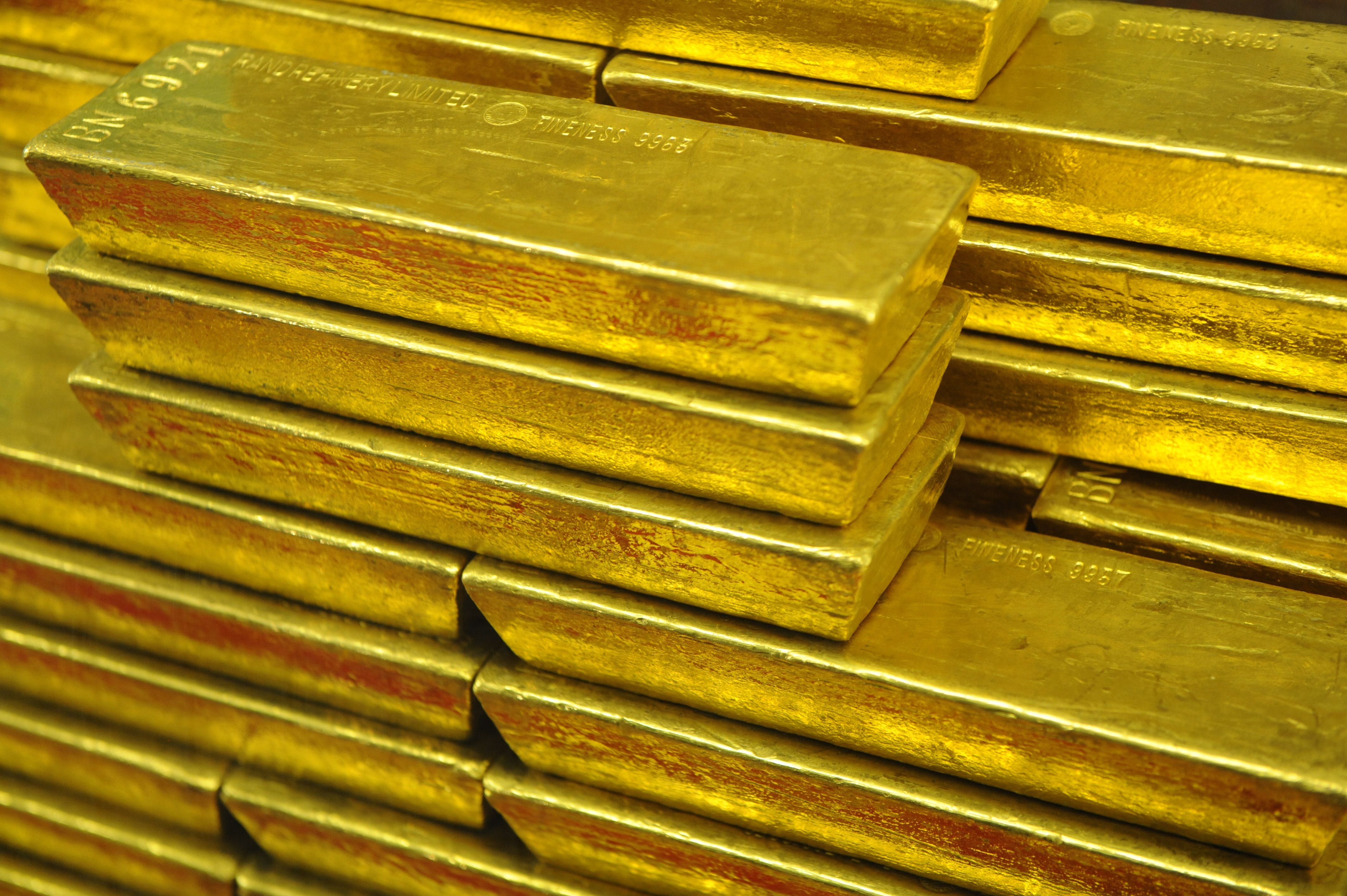 Are emerging-market central banks overweight in dollars and underweight in gold? Given a slowing global economy, in which emerging markets are probably very grateful for any reserves they retain, this might seem an ill-timed question. But there is a good case to be made that a shift in emerging markets toward accumulating gold would help the international financial system function more smoothly and benefit everyone.
Just to be clear, I am not siding with those – usually American far-right crackpots – who favor a return to the gold standard, in which countries fix the value of their currencies in terms of gold. After all, the gold standard’s last reign ended disastrously in the 1930s, and there is no reason to believe that a return to it would turn out any differently.
No, I am just proposing that emerging markets shift a significant share of the trillions of dollars in foreign-currency reserves that they now hold (China alone has official reserves of $3.3 trillion) into gold. Even shifting, say, up to 10 per cent of their reserves into gold would not bring them anywhere near the many rich countries that hold 60-70 per cent of their (admittedly smaller) official reserves in gold.
For some time, the rich countries have argued that it is in everyone’s collective interest to demonetise gold. Sure, we hold a lot of gold, these countries say, but that is a vestige of the pre-World War II gold standard, when central banks needed a stockpile.
Indeed, back in 1999, European central banks, seeing no reason to keep holding so much gold, entered a pact to start reducing their stocks in an orderly fashion. The sales made sense at the time for most of the participating countries: The real backing for their debt was the tax reach of their governments, their high levels of institutional development, and their relative political stability. The 1999 pact has been revisited periodically, though since the most recent edition in 2014, most rich countries have taken a long pause, still leaving them with extremely high gold reserves.
Emerging markets have remained buyers of gold, but at a snail’s pace compared to their voracious appetite for US Treasury bonds and other rich-country debt. As of March 2016, China held just over 2 per cent of its reserves in gold, and the share for India was 5 per cent. Russia is really the only major emerging market to increase its gold purchases significantly, in no small part due to Western sanctions, with holdings now amounting to almost 15 per cent of reserves.
Emerging markets hold reserves because they do not have the luxury of being able to inflate their way out of a financial crunch or a government debt crisis. Simply put, they live in a world where a large fraction of international debt – and an even larger share of global trade – is still denominated in hard currency. So they hold reserves of such currencies as a backstop against fiscal and financial catastrophe. Yes, in principle, it would be a much better world if emerging markets could somehow pool their resources, perhaps through an International Monetary Fund facility; but the trust required to make such an arrangement work simply is not yet there.
Why would the system work better with a larger share of gold reserves? The problem with the status quo is that emerging markets as a group are competing for rich-country bonds, which is helping to drive down the interest rates they receive. With interest rates stuck near zero, rich-country bond prices cannot drop much more than they already have, while the supply of advanced-country debt is limited by tax capacity and risk tolerance.
Gold, despite being in nearly fixed supply, does not have this problem, because there is no limit on its price. Moreover, there is a case to be made that gold is an extremely low-risk asset with average real returns comparable to very short-term debt. And, because gold is a highly liquid asset – a key criterion for a reserve asset – central banks can afford to look past its short-term volatility to longer-run average returns.
True, gold does not pay interest, and there are costs associated with storage. But these costs can be managed relatively efficiently by holding gold offshore if necessary (many countries hold gold at the New York Federal Reserve); and, over time, the price can go up. It is for this reason that the system as a whole can never run out of monetary gold.
I don’t want to create the impression that by shifting into gold, emerging markets would somehow benefit at the expense of advanced economies. After all, the status quo is that advanced-economy central banks and treasuries hold vastly more gold than emerging markets do, and a systematic shift by emerging markets will bid up its price. But this is not a systemic problem; and, in fact, a rise in gold prices would close part of the gap between demand and supply for safe assets that has emerged due to the zero lower bound on interest rates.
There has never been a compelling reason for emerging markets to buy into the rich-country case for completely demonetizing gold. And there isn’t one now. - Project Syndicate