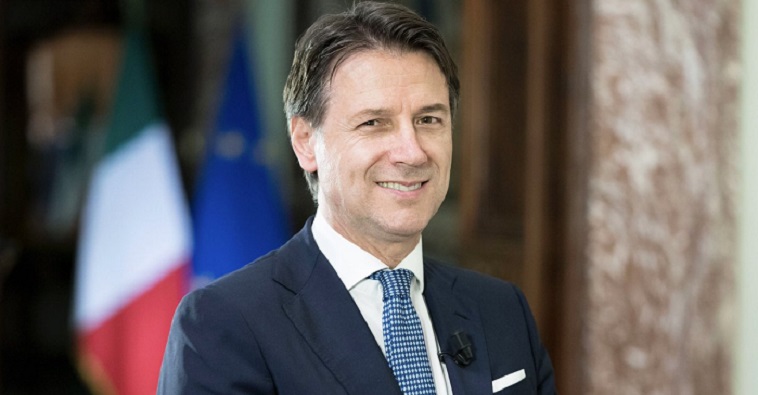 Rome: Italian Prime Minister Giuseppe Conte on Saturday presided over the signing of a cooperation agreement to promote sustainable farming in Africa.

The agreement between Italian farmers' association Coldiretti, Italy's oil and gas giant Eni, and Bonifiche Ferraresi SpA, an Italian company that specialises in innovative farming technology, was inked at the close of the two-day International Forum on Agriculture and Food held in northern Italian town of Cernobbio.

The objective of the Africa Project "is to export a development model that bets on...the potential of family farms, thereby supporting small producers in the South of the world..." Coldiretti President Ettore Prandini said in a statement.

The so-called Africa Project will roll out an initial pilot project in Ghana, according to Coldiretti.

Food and agriculture are the nexus of "food and nutritional security, accessibility, stability... safeguarding the environment and biodiversity, sustainable development and social equity," the Italian prime minister said in remarks posted on the government's website.

The Africa Project must promote "a marriage between economy and ecology, which must go hand in hand," Conte said. "And they must do so in Africa, where a great portion of the global population is concentrated..."

Conte also announced that he will take part in the World Food Day events at the Food and Agriculture Organization of the United Nations (FAO) next Wednesday in Rome.

"It will be an opportunity to reiterate a more and more intense international cooperation so that the food and agriculture of the future proceed in step along the path of sustainability," Conte said.

This means "obtaining more with less and producing safe and nutritious food for all while preserving natural resources, which cannot last forever," he said.

"We have set up...a model of cooperation that, through know-how and technology, responds to two essential needs of our times: the need to contribute in a sustainable way to the social and economic development of developing countries and at the same time, the promotion of a model of energy production that is more and more sustainable and oriented towards decarbonisation," Eni CEO Claudio Descalzi said in a statement.

"These are vital themes for the planet," Descalzi said, adding that with the Africa Project, Eni reaches a double objective: that of promoting local development in the countries in which it operates, and that of favouring "a more and more efficient and circular economic system."

Sustainability and climate change are becoming hot-button issues: three out of four Italians believe the environmental situation in the world is serious or extremely serious, according to a study of Ixe pollsters published by Coldiretti on Friday.

Climate change topped the list of emergencies mentioned by respondents, followed by the proliferation of plastic waste, air, sea and river pollution, and extreme weather events caused by climate change, according to the survey.

In the first nine months of 2019, Italy has experienced 1,336 extreme weather events, up 75 per cent compared to last year, Coldiretti said.