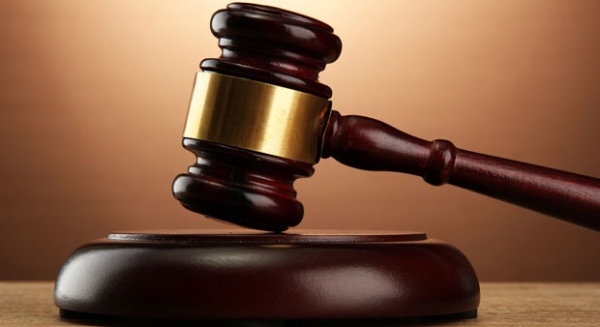 Muscat: Life in prison may no longer mean life under changes to the legal system proposed by the Majlis Al Shura.
Get your essential daily briefing delivered direct to your email inbox with our e-newsletter
Shahm Al Shahoomi, member of the Legal Committee at the Majlis Al Shura, said that a raft of suggestions included changing the tariff for a life sentence from all of a prisoner’s remaining years to 25 years, in line with similar punishments in countries around the world.
“We have suggested the change as we feel that life sentence means execution but in a slower way. The committee held several meetings with experts and specialists of such Laws from Sultan Qaboos University SQU, Supreme Court, Public Prosecution, Ministry of Legal Affairs and the council legal experts,” said Al Shahoomi.
He also said that the committee has studied panel codes of other countries before its conclusion of the need to change the life sentence to 25 years only.
The meeting came out with many important changes including the change to life imprisonment and the committee worked towards equalising crimes with penalties.
“Many crimes were not equal with the penalty and vice versa. The committee came out with proportionality between crimes and penalties imposed for violators,” said Al Shahoomi. Al Shahoomi also explained that this suggestion, if activated, will not deal with existing sentence but only those coming after the imposing of the new panel code.
Stay ahead of the rest and download our free WhatsNews app for Apple, Android or Blackberry
Last week, a new draft Omani penal code, which has been prepared to compliment the modern era, has been discussed and approved by members of the Shura Council.
The new penal code will extend the purview of the current law, which was issued in 1974.
"We currently abide by the penal code issued in 1974, whose essential focus was on securing the safety of the society in the past," said Dr. Mohammad Al Zadjali, head of Legal Committee in Shura Council.
"Looking at the immense development in different aspects of life, such as the economy, technology and society, the Sultanate feels that we need to keep up with the development by legislatively developing a law that we can adhere to in this era," he explained.
The new law was drafted to also combat "modern" crimes.
While welcoming the amendment to lower the maximum life sentence to 25 years' imprisonment, a Human Rights Watch researcher, said that Oman should move towards abolishing the death penalty from its law books and not just change the method of execution."
“Human Rights Watch opposes the death penalty in all circumstances because it is an inherently irreversible punishment,” a researcher at HRW in the region told Times of Oman.
One of the excerpts of the draft states that the law will criminalise an Omani citizen if he commits a crime outside the Sultanate's borders, which is also a crime in Oman, and if the action is illegal in the state he committed it in.
Concerning residents, an expatriate will be punished if the crime committed outside the Sultanate is also a crime in Oman, as well as it being punishable in the state of the crime to at least one year if he has not been claimed.
The project also includes that the maximum jail sentence should be no more than 25 years, as well as removing the minimum and maximum fine to fix all fines between OMR100 and 1000.
A special text was also added to apply the law to the advantage of the accused and his case.
Instigators of a crime will be also be criminalised since they are the originators of it. They will face fines and a jail term of no more than three years.
The project will also be applied to life sentences, instead of executions, for most crimes that threaten the security of the Sultanate internally or externally, unless the judge determines otherwise.
Crimes of piracy and assault on shipping vehicles/vessels and public utilities has its own independent section in the new law.
Honour crimes, as well as inherent crimes, such as indecent assault, rape, exploitation and adultery and crimes that insult family, faith and the society will be extended and a harsher punishment put in place.
The law also distinguishes between accidental harm and purposeful harm.
Crimes of insults and profanity have been improved to specify whether they are committed on purpose or by accident.
Finally, the new law will implement executions by a firing squad instead of executions by hanging.
"The new law project is an important development for the judicial system and considered one of the main legislative documents in the Sultanate, which will protect the society," said Al Zadjali.