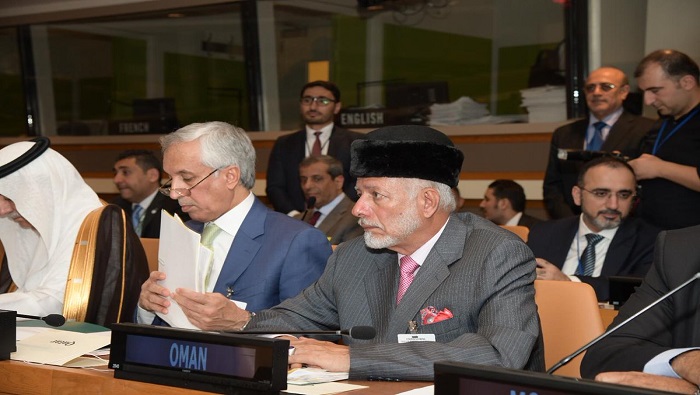 On the sidelines of the 74th session of the United Nations General Assembly — currently being held in New York — Bin Alawi met Sabri Boukadoum, the Algerian minister of Foreign Affairs. The two leaders discussed regional issues and relations between the two countries.

During a meeting with the Omani delegation, Irish Minister of Foreign Affairs, Simon Coveney, said, “I came to listen to the Omani delegation. The European Union finds the Sultanate’s peace efforts in dealing with international disputes commendable.”

He added that issues related to Yemen and Palestine were discussed. Bin Alawi also discussed bilateral relations between the two countries and the necessity of strengthening them in economic field. He also met with Deputy Prime Minister for Judicial reform and Bulgarian’s Minister of Foreign Affairs, Ekaterina Zakharieva in New York and discussed bilateral relations between the two countries. During the meeting, they discussed the means of achieving peace in the Middle East.

The minister responsible for Foreign Affairs also met Jared Kushner, who is a senior advisor to the president of the United States and the US Peace Delegate to the Middle East, Avy Perkovic.