From the editor's desk: Boris, Brexit and bedlam 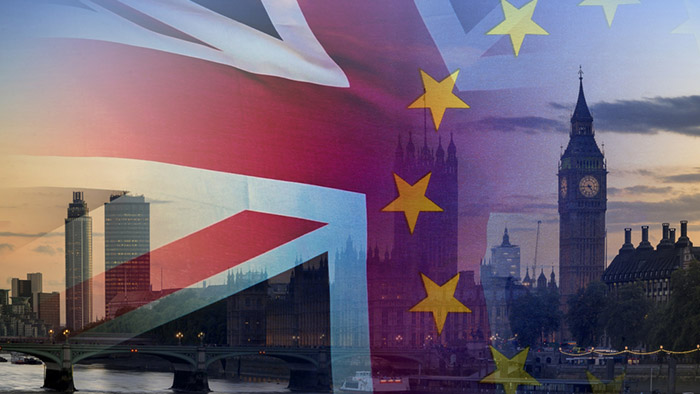 What a very British Brexit this is turning out to be. A referendum has turned into a neverendum, and here we are.
A complete and utter mess. People who have lived all their lives in the UK being told to leave. Medicines already unavailable. This is not “Project Fear” (as many who agree with leaving the European Union will claim) it is the reality, on the ground.
Food supplies will dry up, but we are assured there will be “enough”. Define that. Far right thugs are fighting police officers on the streets of London and running roughshod over the Cenotaph, the nation’s war memorial. Another minister resigned. And that’s only in the last few days.
The government has a scenario document, should the UK leave. Roadblocks, more trouble in Northern Ireland and fishermen fighting it out on the high seas around the UK coastline. Medicines will be in short supply as most of them come across the Channel, yet Dover and Kent will become huge lorry parks as most of the hauliers have not registered to cross into Europe, as yet.
Boris Johnson described himself as the Incredible Hulk as he set off for mainland Europe, then failed to appear at a press conference because of a handful of protestors. From Hulk to sulk in a matter of a few short hours. The world watched an empty dais as Europe reiterated that there was, as yet, nothing in writing from Boris over any deal.
The world is laughing and gasping. One Indian wit tweeted that the time is now right to colonise the UK. I couldn’t agree more.
Make no mistake: this is now a battle for the heart and soul of a country. That country is England. This is about a sense of worth and entitlement no longer valid in a 24/7 world. Middle England voted to be their kind of English again, with no hope of ever attaining that status. Someone needs to tell these folks that they no longer rule the world. Rule Britannia became Cool Britannia but is now more likely to be known as Fool Britannia.
If we take a crystal ball, and look into the future, what do we see for the UK? I see an independent Scotland, a united Ireland, a Wales still deciding and an England on fire, having sold the NHS to US big pharma, jumped into bed with American president Trump, and wallowing in self-pity on the edge of Europe, cold, shivering and alone.
I’d like to see the Knights Templar ride again, but only via Hollywood, as those days have long gone. If they did rise up their first waypoint would be 10 Downing St to take out Boris Johnson, given that their entire raison d’etre was to protect the realm.
Boris Johnson. He’s the Prime Minister. Difficult to write, and even more difficult to actually comprehend. A party so intent on retaining power allowed that to happen. Voted for it. The Conservative party in the UK is imploding. It appears to be deliberate. What will fill the vacuum? Far right parties who don’t like you because you look different and don’t eat pies and mash. They eat curry, of course, but it must be served to them by a punkawallah, like the good old days of the Raj.
The East India Company is no more. As it should be. The very name is a disgrace, and their deeds in India should make every British citizen hang their head in shame. Boris is the clown, distracting you from the sleight of hand action behind the scenes. The country is being pivoted away from European collaboration and towards extremism.
Scotland, Ireland and Wales look on aghast as England implodes. Things will never be the same again.
The UK voted to leave the European Union. Former Tory leader David Cameron (remember him?) offered up that referendum. Now happily playing darts and sipping bitter, no doubt. Tony Blair (remember him?) Has spoken against Brexit. The man who took us to war for no good reason. Now happily touring the world giving speeches in return for astronomical fees. This entire farrago has left me certain of only one thing: those in power should not be, and those not in power should be. A new way of doing politics, and being a country, is coming to the UK. It will all boil down to who is on the right side of history. [email protected]