Taliban attacks second Afghan city as talks with US wrap up 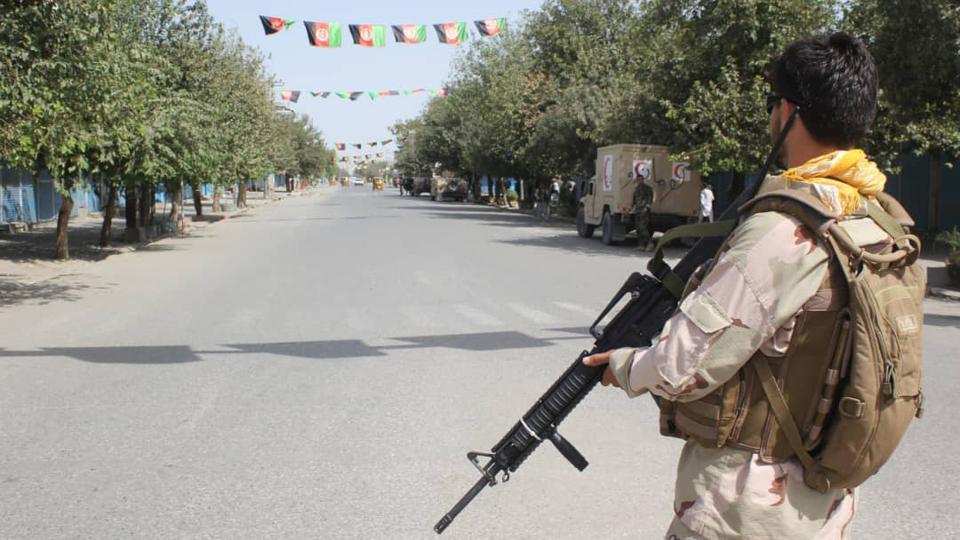 Kabul: The Taliban has launched an attack on the capital of northern Afghanistan's Baghlan province and gun battles with government forces are ongoing, according to an official, overshadowing increasing expectations over a peace deal between the group and the United States aimed at ending 18 years of war.

There was no immediate word on any casualties but Jawed Basharat, spokesman for the provincial police chief, said on Sunday that fighting continued on the outskirts of Puli Khumri.

The early-morning attack came a day after hundreds of Taliban fighters overran parts of Kunduz, one of Afghanistan's largest cities, in a major show of strength as the group wrapped up another round of peace talks with the US in Qatar.

The assault on Kunduz set off a day of gun battles, with the Afghan military deploying reinforcements and using air power to repel the fighters. On Sunday, the interior ministry said the Taliban had been cleared from Kunduz but some fighters had fled to Baghlan.

"We hear the sound of blasts. The people [Puli Khumri] are so worried," Safdar Mohsini, chief of the Baghlan provincial council, told reporters.

"The Taliban are in residential areas fighting with Afghan security forces. We need reinforcements to arrive as soon as possible, otherwise the situation will go from bad to worse.”

If the Taliban enter the city they will be very difficult to repel, Mohsini added, saying security forces at some checkpoints had run away without resistance. The city, which is home to more than 200,000 people, is located 230km north of the capital, Kabul.

The attack in Baghlan came hours after Zalmay Khalilzad, the US envoy heading the negotiations with the Taliban, said he raised the Kunduz attack in his talks with the group in Doha and told its representatives "violence like this must stop”.

The Taliban, which was overthrown in 2001 by a US-led military coalition, has long demanded a complete withdrawal of foreign troops to "end the occupation" in Afghanistan.

The US accused the Taliban of sheltering fighters from al-Qaeda, the group blamed for the September 11, 2001 attacks.

The attacks on Saturday and Sunday are seen as strengthening the Taliban's negotiating position in the talks with Khalilzad, who, for nearly a year, has sought a deal on a US troop withdrawal in exchange for Taliban guarantees that Afghanistan will not be used as a launchpad for attacks outside the country.

An agreement between the US and Taliban would not on its own end the fighting between the group and Afghan security forces, but it would set the stage for intra-Afghan peace talks.

However, it was not clear whether the Taliban would agree to talk directly with the Western-backed government of President Ashraf Ghani, which they consider an illegitimate foreign-imposed regime.

Some Taliban officials have said they would only agree to talk to Afghan officials in a private capacity, not as representatives of the state, and they remain opposed to presidential elections scheduled for September 28.

It was also unclear whether the agreement would cover the full withdrawal of all 14,500 U.S. troops from Afghanistan or how long a pullout would take.

After the end of the ninth round of talks in the early hours of Sunday, Khalilzad said he was headed to Kabul to brief the Afghan government.

He said the US and the Taliban are "at the threshold of an agreement".

Speaking to reporters, Suhail Shaheen, the Taliban's political spokesman in Doha, said the talks between the two sides were a "success".

"At 2pm today (Sunday), we will be talking with a small group of US officials on technical issues of the deal."

There are some 14,000 remaining US troops in Afghanistan, where they train and support Afghan forces but also come to their aid with air raids and counter-terror operations.

The approaching agreement with the Taliban "will reduce violence and open the door for Afghans to sit together to negotiate an honourable and sustainable peace and a unified, sovereign Afghanistan that does not threaten the United States, its allies, or any other country," the Afghan-born Khalilzad said on Twitter.