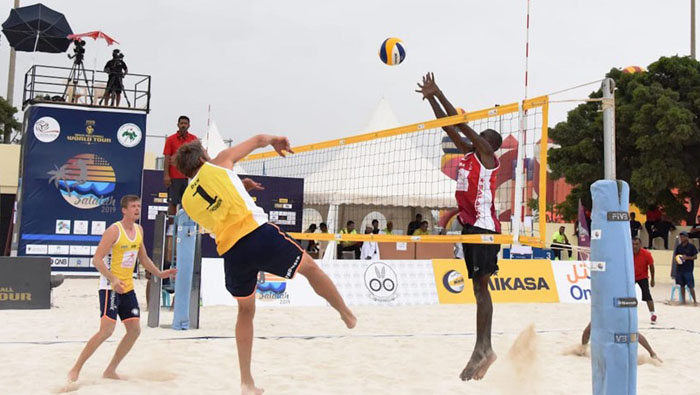 Muscat: The Danish beach volleyball team won the World Beach Volleyball Championship (STAR-1), which concluded on Tuesday in Salalah, Oman, organized by the Oman Volleyball Federation and supervised by the International Federation of Game.

The closing ceremony of the championship and the distribution of prizes to the top-ranked teams was held at Salalah Municipal Recreation Center, under the patronage of Abdul Qader Al Haddad, Deputy of Dhofar Municipality president, and in the presence of Bader Al Rawas, Chairman of the Oman Volleyball Federation.

The Omani team "B" and Denmark have qualified for the final match of the tournament, then the Danish team managed to win in straight sets 23-21, 21-11, 15-9 and win the championship title, while the Omani team came in second place.

Also, the match for third and fourth places was held on Tuesday, when Poland snatched the third place after defeating the Omani national team "A" with 21-15, 21-12 and 15-9.

There are 16 international teams representing 14 countries in the championship, which began on August 24, including Denmark, Poland, Hungary, Norway, Japan, Slovenia, Czech Republic, Canada, Kazakhstan, Iran, Saudi Arabia, Syria and Qatar. Oman as the host has two teams having participated in the tournament.