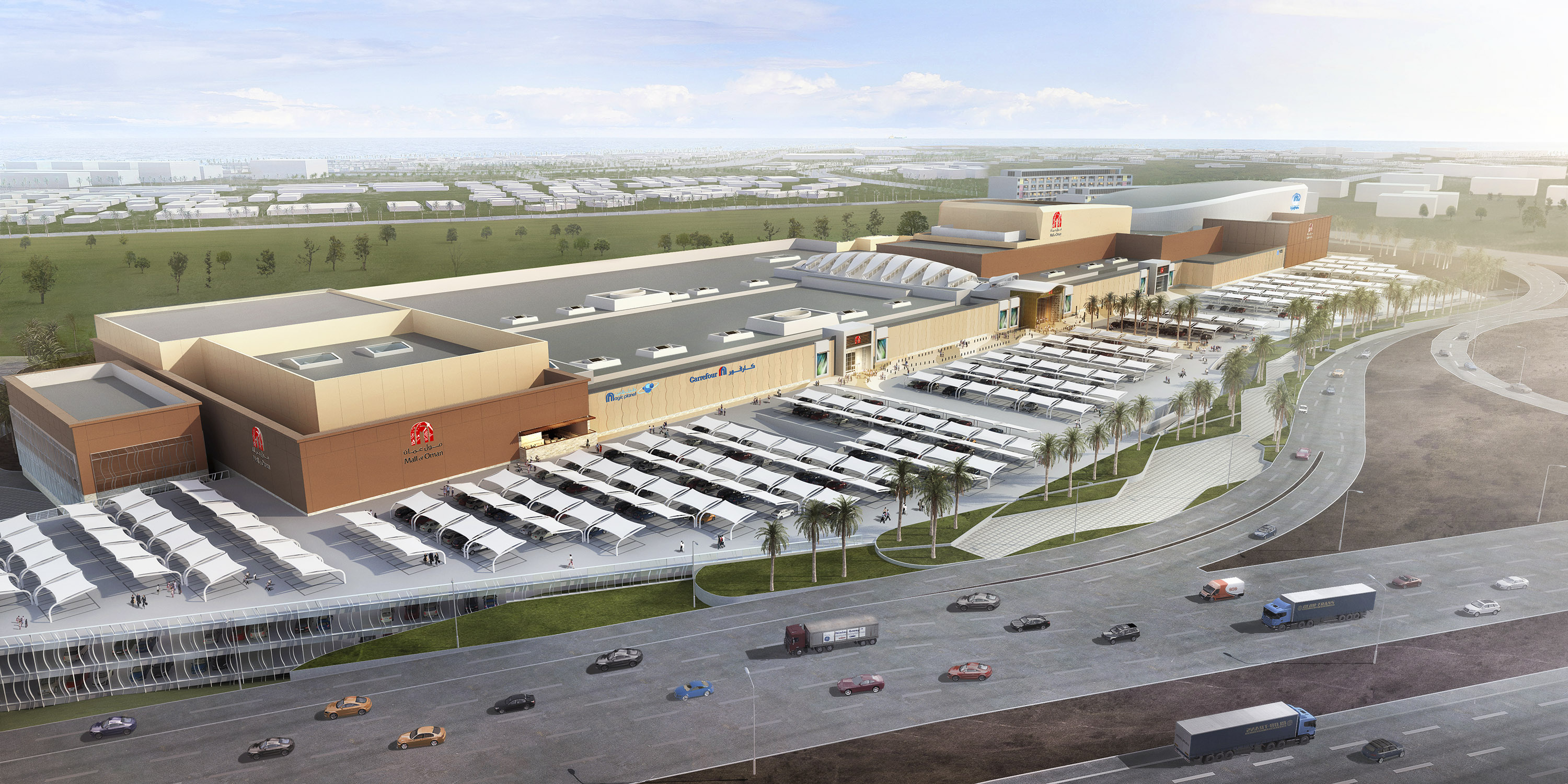 Muscat: A huge snow park and 350 shops will form part of the OMR 275 million Mall of Oman when it open its doors as developer Majid Al Futtaim today announced it is investing OMR 515 million in the Sultanate.
Get your essential daily briefing delivered direct to your email inbox with our e-newsletter
The company also released the first detailed images of the highly anticipated mall project, slated to open in 2020.
"Planned investment includes Mall of Oman, City Centre Sohar, My City Centre Sur, the next phase of development at Al Mouj, and additional investments from other Major Al Futtaim businesses including Magic Planet, Carrefour and VOX Cinemas," says a statement from the holding. When the Mall of Oman opens in 2020, it will feature 350 outlets.
The estimated investment for Mall of Oman is OMR 275 million, City Centre Sohar is OMR 45 million and My City Centre Sur is OMR 15 million.
When the Mall of Oman opens in 2020, it will feature 350 outlets.
The mall will have Oman's largest snow-park too.
City Centre Sohar will be open in 2018 and City Centre Sur will be open in 2017.
Majid Al Futtaim is a leading shopping mall, retail and leisure pioneer across the Middle East and North Africa (MENA).
Their business spans 14 international markets, employs over 33,000 people, and has achieved the highest credit rating (BBB) among privately held corporates in the Middle East.
They own and operate 19 shopping malls, 12 hotels and three mixed-use communities in MENA.
The group was established by Majid Al Futtaim in 1992 and it manages three major operating subsidiaries: Majid Al Futtaim Properties, Majid Al Futtaim Retail, and Majid Al Futtaim Ventures.
While, Majid Al Futtaim Properties owns nineteen shopping malls in the MENA region as of January 2016, Majid Al Futtaim holds exclusive rights to the Carrefour franchise in 38 markets across the Middle East, Africa and Central Asia, operating a portfolio of 65 hypermarkets and 85 supermarkets in 14 countries.
According to its statement released in last December, the Dubai-based conglomerate posted a 28.7 per cent increase in net profit last year.