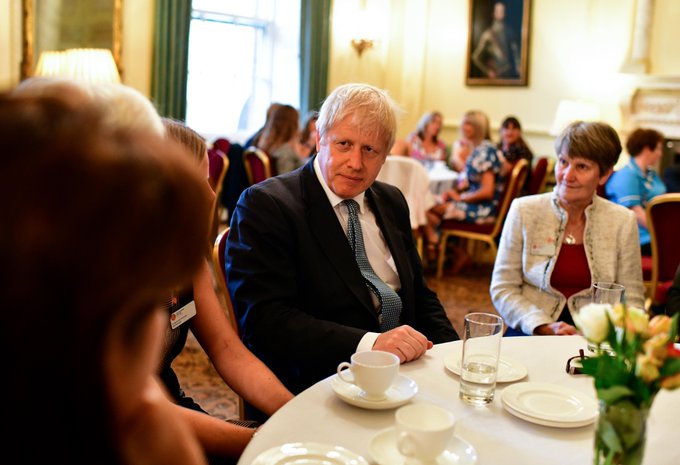 London: Newly elected Prime Minister to the United Kingdom Boris Johnson has written to the EU suggesting the backstop could be replaced by some form of commitment to prevent a hard Irish border in his first major move to explain the UK government’s new position to Brussels.

Ahead of talks with Angela Merkel and Emmanuel Macron, Johnson released a four-page letter setting out his position that the backstop is “anti-democratic and inconsistent with the sovereignty of the UK”, because it could keep the UK indefinitely in a customs union with no means of exit.

He proposed that alternative customs arrangements could be put in place at the Irish border within the two-year transitional period after Brexit, but suggested some unspecified commitments could give confidence that there will be no hard border on the island if this system is not ready by that point.

The release of the letter, addressed to Donald Tusk, the European council president, appears intended to portray Johnson as willing to negotiate with Brussels, even though he is making a demand for the abolition of the backstop that they have repeatedly rebuffed.

On Monday night Brussels sources once again ruled out any renegotiation of the withdrawal agreement, including the backstop.

Earlier in the day, the prime minister claimed to be confident that EU leaders would be receptive to his arguments, but said he was still willing to pursue a no-deal Brexit on 31 October, despite the leak of a confidential Operation Yellowhammer paper predicting it would cause food, medicine and petrol shortages as well as public unrest.

The letter emerged after Johnson spent almost an hour on a phone call to the Irish taoiseach, Leo Varadkar, which ended in stalemate. At the end of the call, they released a joint statement acknowledging no progress over the issue of the backstop but Johnson has agreed to go to Dublin for talks with Varadkar in early September.

The EU did not immediately respond to the letter but the bloc has been clear from the start it will not reopen the withdrawal agreement and the backstop is not up for negotiation.