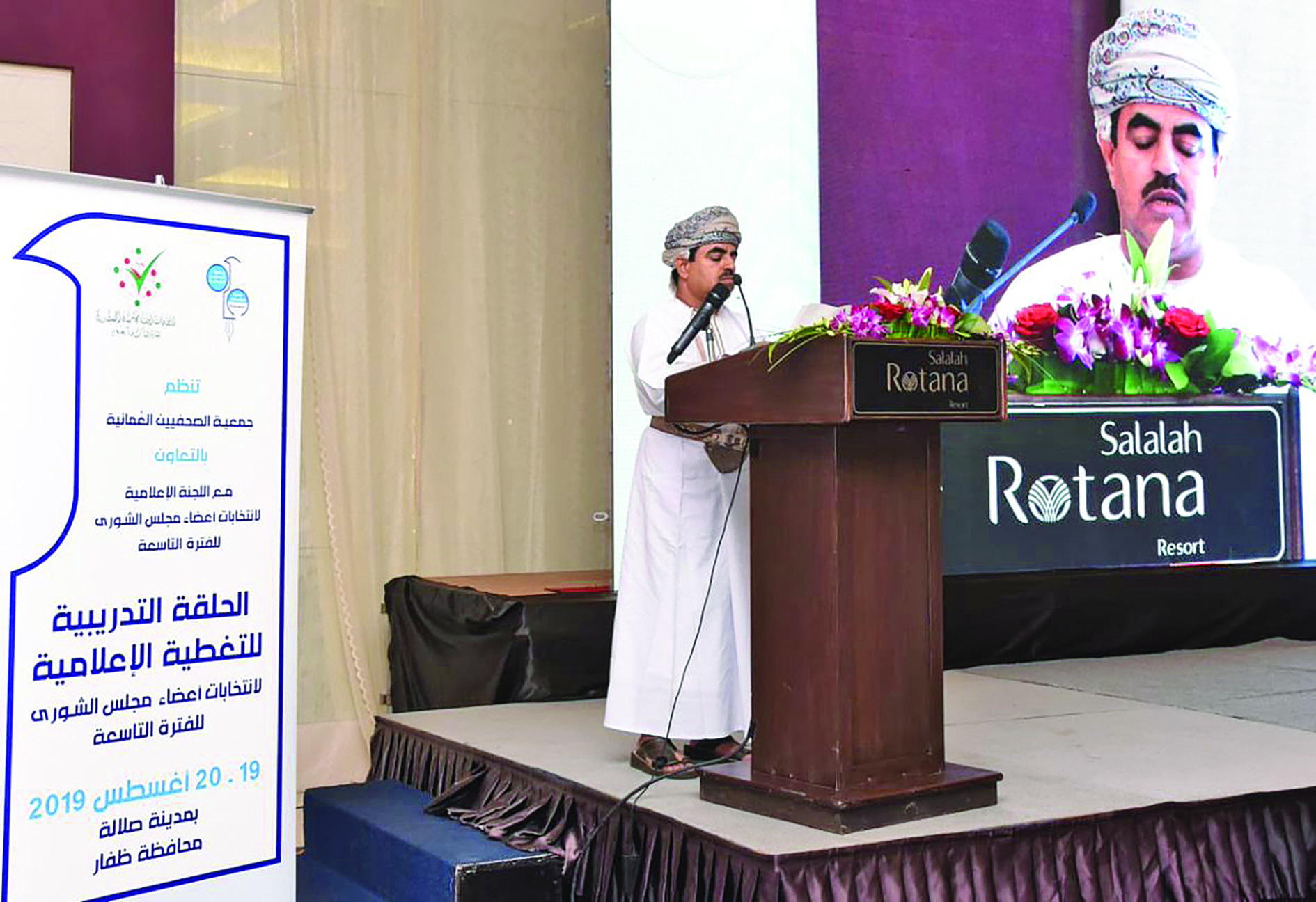 Salalah: The Training Workshop for Media Coverage of Majlis A’Shura 9th Term Elections began at the Rotana Hotel in Salalah on Monday.
The two-day training workshop is organised by the Omani Journalists Association (OJA), in cooperation with the Media Committee for Majlis A’Shura Elections.
The opening ceremony of the workshop was held under the patronage of Sheikh Salem bin Oufait Al Shanfari, Head of Dhofar Municipality, in the presence of Nasser bin Sulaiman Al Sibani, Deputy Chairman of the Public Authority for Radio and Television (PART), Head of the Media Committee for Majlis A’Shura 9th Term Elections and some officials.
The activities of the workshop include a range of themes in the fields of media coverage of Majlis A’Shura elections entitled “Balance in Media Coverage of Majlis A’Shura Elections,” in addition to reviewing the principles and controls in the legal framework for Majlis A’Shura elections.
The workshop will also address the importance of media in conveying the neutral image of media coverage entitled /Integration in Media Coverage and the Impact of the Photo in the Transmission of Details of Majlis A’Shura Elections,” in addition to the laws governing elections and television image in the event industry.
The workshop aims to introduce journalists and media professionals to the Shura process in the Sultanate and the stages of development of the Shura experience, in addition to putting journalists and media professionals in the midst of the ongoing preparations for the elections to be held next October in all wilayats of the Sultanate.
The workshop also aims to emphasise the importance of the role of the press and media in covering this important event to the recipient in transparent and impartial manner, in addition to introducing the laws governing the electoral process.