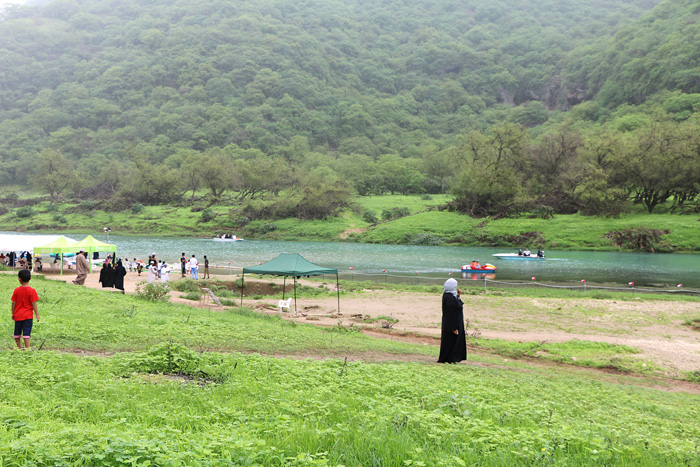 Muscat: Wilayat Taqah, lying 30 kilometres away from Salalah in Dhofar governorate, is one of the most important destinations for tourists during Khareef season as it combines archaeological sites and breath-taking settings. Tourists visit this place for many reasons, particularly its landscape and geological diversity.
As well as its history, the area is well known for its mountains, water features, caves and white beaches.
Marwan Al Ghassani, Director of Tourism Promotion in the Directorate General of Tourism of Dhofar governorate, said: “Taqah has many archaeological sites, including Samarham, which is one of the oldest cities, dating back to the third millennium BC. It has its port, which is one of the oldest in the Arabian Peninsula from where local goods and products are exported to the world.”
**media[1050028]**
Al Ghassani also described Taqah Fort in the middle of the city, 33 kilometres away from Salalah. The fort is built in Arab Islamic style in terms of shape, design and decor.
Taqah is famous for its waterfalls which are considered to be one of the most important tourist attractions. It also has caves and coves, a beach (Taqah city- Khor Ruri) and many nature reserves.
Wadi Darbat is one of the most important of the Dhofar governorate. It is known for its stunning scenery and forests of large trees, cactus and Sidr. It is a natural park with charming views.
The wilayat is also famous for arts such as Dandon, Rabout, Zanjon dance, Madar, Dabrarat, Raboubah, Bar’ah, ladies’ drums and Sharh.
During Eid Al Adha holidays, Taqah celebrated Eidcom festival which lasted for four days.
Al Ghassani said: “The ministry organised a number of activities which coincide with the Eid Al Adha holiday in the various governorates of the Sultanate. This is with the aim of activating tourist and commercial movement and highlighting the tourist attractions of the wilayats.”
**media[1050027]**
Al Ghassani added: “Folkloric dances, an exhibition of industries, a show of handicrafts, a photo exhibition on the natural elements of the wilayat Taqah and a variety of entertainment activities have been organised at the Al Farda site on Taqah beach.”
The Director of Tourism Promotions of the Dhofar governorate appealed to all to keep the area and its public places clean. He has also warned against the dangers of swimming in the sea and waterfalls during the Khareef season.
Saeed Shajna’ah, Director of Tourism Development in the Directorate General of Tourism of Dhofar governorate said: “The climate changes in Dhofar between the third week of June and the end of September, bringing rainfall and a misty atmosphere, which leads to a green carpet covering the mountains and strengthens the flow of streams and wadis during the season.”
Shajna’ah said: “ The directorate has carried out many works in the tourist areas in preparation for the Khareef season of 2019. Wadi Darbat has been fully maintained and protected by repairing the broken fence around it.
“Maintenance works were also carried out in Sahlount, where flooring was repaired with local stones, chairs were installed for seating, the iron gate was renovated, parking was maintained and the floor of the viewing platform was also repaired,” he added.
**media[1050026]**
Said Shajna’ah said: “In Ain Jarzir, external parking was added, maintenance and repair of the existing parking spaces was done, the fountain area was cleaned in general, maintenance works on chairs and concrete tables were done. The entire area got a facelift with wooden stairs installed and broken gates replaced.”