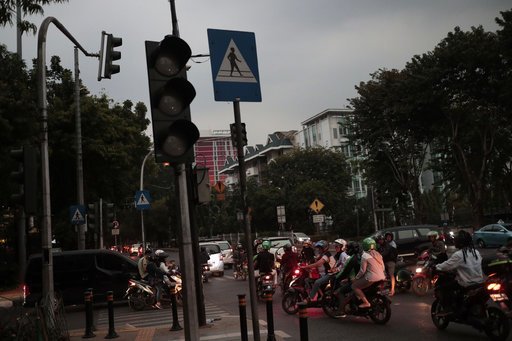 The failure began at about midday (local time) and it could take hours for power to be restored, according to city officials.

Traffic lights switched off in some areas of Jakarta, worsening congestion in a city notorious for its traffic.

Passengers on the city's newly opened metro system were forced to evacuate with several commuter trains also hit by the outage.

"The train stopped all of a sudden, we had to wait for a long time," Ella Wasila, a metro passenger said.

"There were so many babies in the coach, they were crying, and people were shouting 'open the door’,” she added.

Nearly 10 million people live in Jakarta, with a further 20 million living in the surrounding cities.

The international airport in Jakarta is unaffected while hospitals have been using generators,

State power giant PLN has apologised and blamed a fault at a major power plant.